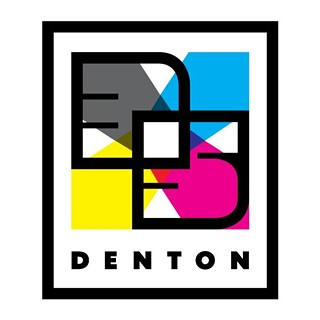 With South by Southwest in full swing, all eyes are on Austin. I saw a window of opportunity in the crush of local events and took off SXSW Interactive weekend, heading north for 35 Denton.

This was my third year attending the weekend festival, and while I certainly don’t need to travel to find live music, the chill and intimate vibe of the event keeps pulling me back. Coming from a business perspective, I’ve always been attracted to 35 Denton aesthetically and conceptually. The branding is simple, geometric, and bright, roping in the Apple fanatic generation that craves clean lines and easy imitation.

It’s also a chance to have a gathering that’s not overcrowded and overly stressful. The festival offers two phases; daytime and evening host two main stages, which are flanked by shopping booths and food trucks serving up everything from espresso to curry. If you get bored of the tunes, there’s a few music panels with advice and conversation for artists and entrepreneurs alike.

Later, when the clock strikes 9:30pm, the headliner ends and everyone goes rushing to the many venues around the square hosting four or five acts nightly. Like SXSW, some bills are themed; I attended the Burger Records’ showcase Saturday. Other line-ups are clustered by genre based on the venue. Hailey’s is usually good for electronic and rap music; Rubber Gloves provides excellent garage and punk shows. This year also featured the debut of Denton’s largest venue, a 12,000-foot warehouse called the Hive, which hosted Saturday’s Killer Mike and Solange sets when the weather went rogue.

While venues are often packed late at night, one-in/one-out policies ensure most people see everything they want. This year was also the first time unofficial showcases popped up; I attended one put on by LittleDTX.com. A DIY set-up behind the Denton Record-Chronicle looked slightly shabby, but featured some of my favorite sets of the festival. Son of Stan delivered dreamy garage pop with self-aware lyrics and a fun persona. Another favorite was TIGERTOOTH&PAW, who performed a stripped down set reminiscent of the National.

While the festival was heavy on Denton and DFW area bands, Austin had a great showing as well. On Friday, I caught a set by local rappers Space Camp Death Squad, which alternated between hard, intense verses and lighter fare like reading from Goosebumps books. They had the crowd bouncing the entire time. Excellent hip-hop continued with Astronautalis, whose tight freestyle combined crowd shout-outs for the phrases “couchsurfingdotcom,” “crunchy peanut butter,” “rooster claw,” “hologram Hugo Chavez,” “cuties tangerines,” and “Germany.”

My festival highlight had to be the Killer Mike/Solange double header. Although plagued by delays and venue confusion due to a tornado warning, the performers didn’t show a hint of fluster. Killer Mike put on the most positive and smooth rap performance I’ve ever seen; he spoke about how being at a rap concert was how he felt close to God: “We can all walk on water if we don’t fear the sea.” Killer Mike was difficult to follow, but Solange delivered album-perfect vocals and swinging beats that kept the crowd booty-shaking.

While the fest still has some work to do – better communication in times of evacuation or set changes would be ideal – Denton 35 remains a funky and fun festival. This past weekend was a great reminder that Austin isn’t the only weird outpost of Texas.

35 Denton
Another music festival this weekend? Only in Denton!