Iggy & the Stooges Return to SXSW

As predicted in "Playback" on Thursday, Iggy & the Stooges confirmed a South by Southwest showcase today when Vans posted its Mohawk bills.

Rumors had been flying for weeks that the Detroit rock & roll legends would preview their forthcoming LP live at SXSW. This morning, in a Twitter post, Transmission Events announced that the fathers of punk rock would be part of the Wednesday night Vans lineup outdoors. This will mark the band’s first Austin appearance since playing the Austin City Limits Music Festival last October.

Several weeks ago, Fat Possum Records announced it would release the Stooges’ 40-years-overdue follow-up to their landmark Raw Power LP. Titled Ready to Die, the release will mark a number of firsts for the band: first release on garage-blues indie Fat Possum, home to the likes of R.L. Burnside and T-Model Ford; first recordings since losing founding guitarist Ron Asheton in 2009; first official recordings under the Iggy & the Stooges name (as opposed to 2007’s The Weirdness under the moniker of simply the Stooges); and first recordings with Raw Power-era guitarist James Williamson since he retired from his corporate job with Sony Electronics to return to the band he flexed his Les Paul with from 1971 to 1974.

In a press statement, legendary frontman Iggy Pop stated, “My motivation in making any record with the group at this point is no longer personal. It’s just a pig-headed fucking thing I have that a real fucking group, when they’re an older group, they also make fucking records. They don’t just go and twiddle around on stage to make a bunch of fucking money....”

Instead of going straight into bargain bins worldwide when it was released in 1973, Raw Power, with its mix by David Bowie, instead went into the hands of a number of misfits the world over, including the Sex Pistols. Simply put: no Raw Power, no punk rock.

Whether Ready to Die ignites another socio-musical revolution remains to be seen. For now, rejoice that Iggy & the Stooges join a bill featuring Japandroids, Middle Class Rut, the Specials, Sky Ferreira, and Ghostface Killer. Stooges take the outdoor stage at the Mohawk 8:30pm.

Here’s an Iggy Pop interview from SXSW 2007, when the Ron Asheton version of the band played a Waterloo in-store and headlined Stubb’s on SXSW Saturday night, plus another Q&A last year with Williamson for ACL, and a more in-depth dialogue with him from 2010 when Raw Power was reissued. 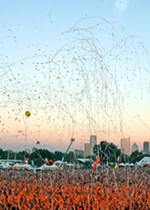 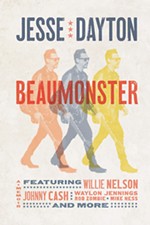 Beaumonster: A Memoir by Jesse Dayton
The rockabilly rebel, outlaw country artist, session guitarist to the legends, and low-budget horror auteur looks back