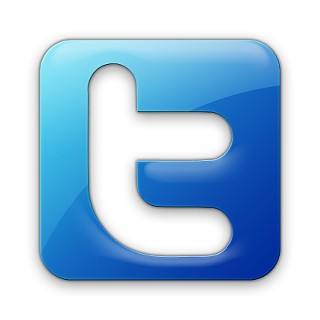 Not having a Twitter presence edges on inexcusable for anyone working in the music world. The 140-character micro updates are the easiest way to spread news and reach new audiences in a user-friendly format. The concept remains simple, but some people still “get” Twitter better than others.

With bands, Twitter champs are the people who, along with endless and unapologetic promotion, take the time to forge a connection with followers. Or at least be themselves. They’re the digital voices behind public personas, taking a cool, polished stage presence and assigning it to an actual human being. Mostly, they’re the ones that make us laugh.

First and foremost, this psych-pop Austin quartet gets a social media gold star for going above and beyond the standard Twitter/Facebook combo with Tumblr and Instagram accounts. Their 9,000-plus tweets curates Twitter from Austin and beyond, boosting other musicians and revealing an admirable love for Justin Timberlake.

TV Eye: “You should always yell BICYCLE RIGHTS when you’re loading out gear & people will actually pay attention cause they’ll be like OOO PORTLANDIA.”

If you’re looking for a mix of political sneers and jabbing social commentary, look no further than the Midgetmen and their 7,500 tweets. Austin’s favorite slop-punk outfit takes time to trade licks with local bands and media.

On the Super Bowl: “The lights went out for 15 seconds and Ray Lewis has no clue why three guys on the sideline started bleeding to death.”

This feed has effectively turned into a travel chronicle, giving the home town a glimpse of tour life through photo updates and show announcements. The group’s settled back to Austin for now, where we’re treated to an extremely personal tone and retweeted accolades.

Wish You Were Here: “Just spent 45 minutes trying to catch my dog at Zilker. I think she doesn’t trust me after I was gone for a month :(”

Okay, so it’s not a band, and it isn’t even John Aielli, but this 2012 winner of Best Twitter Tribute brings us the funniest moments of his long running KUT morning show, Eklektikos – even when we can’t listen.

Sync This: “I call [Beyonce] the modulation queen. Higher and higher notes until she’s off the page.”

On Wednesday, Twitter recognized Quiet Company as awesome and relevant by verifying their account – 22,000 Tweets! – and making them the only band on this list with that honor. Despite their swelling number of followers, the band still takes the time to interact with its audience regularly.

Verification: “Now that we have a verified Twitter account I can tweet the most random shit ever & you have no choice but to believe it came from the band.”