A third generation emerges in the McMurtry clan 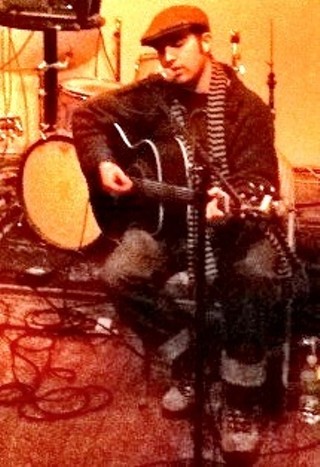 Meet Curtis McMurtry, grandson of one of the greatest writers of our time, Larry McMurtry, and son of Americana music legend James McMurtry.

”No one’s as big of a reader as Larry is,” says the third generation McMurtry about his grandfather. “He still writes 20 pages a day and reads at least one book per day. While I have read most of his books, what’s impressed me most about him is his work ethic.

”Whenever I’d spend the night at his house, I’d wake up around seven in the morning to the sound of his typewriter, which is what he still uses because computers frighten him.”

“What I take away from him is that just because something is creative, doesn’t mean you don’t work at it hard and regularly.”

Curtis McMurtry’s been playing guitar since he was seven and wrote his first song about Godzilla and King Kong renouncing their evil ways. Now 22, he graduates from Sarah Lawrence College in May. He and I both grew up with musicians as fathers.

”It was great because I still think of myself as a fanboy,” exclaims McMurtry. ”Musicians’ kids are lucky because you get to hang out with people who might be your idol but you get to interact with them in a way that feels natural.”

He’s on the fence about whether he’ll move back to Austin or venture to Nashville when he’s through with college.

”If I move to Nashville, the plan is to look at internships for recording studios or a record label. And also see if I can get a publishing contract for songwriting and writing songs for other people. We’ll see how that turns how out and if living there is feasible.”

Given his lineage, it’s not hard to imagine Curtis McMurtry becoming a successfulwordsmith. He already writes well beyond his years.

”I describe my music as Americana because no one’s defined that genre enough that I’m boxed in. It fits. Americana was alt-country, but now it incorporates everything, from Aaron Copeland to jazz. Even when I have a trumpet player, I can still call it Americana.

”Musically, my father is my biggest musical influence and I suspect he always will be, especially as a songwriter and a guitar player. The whole scope of Tom Waits’ career has also had a tremendous influence on me. Waits has a tendency to take an established genre and warp it.”

Going forward, Curtis says his goals are simply to support himself by writing songs and making music.

”A banjo player named Danny Barnes once gave me the advice to never miss an opportunity to not say something. It may not be my life philosophy, but it’s good advice. Sometimes, keeping your opinions to yourself is a really great way to go.

”If I were to tie that to songwriting, I’d say that I try not to write exclusively about things that happened to me. It’s more fun and ultimately more useful to write in an abstract way with details that are bigger than what I’ve experienced.”

To young musicians starting out, he advises, ”Expose yourself to every kind of music. Try not to limit yourself. Try to take in everything that you hear.”

Catch Curtis McMurtry before he heads back to college as the headliner for the first Proper Nang Night of the year at Maria’s Taco Xpress on Saturday, January 12. 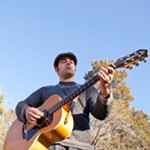