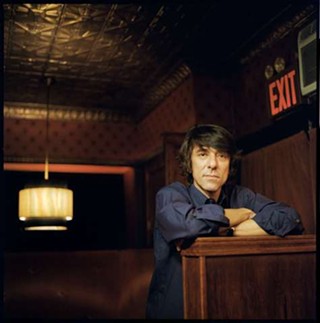 When Mike Cooley returns to the Hole in the Wall tonight and Friday, it will be a homecoming of sorts. Stretching back to the late Nineties, the Drag-bound bar was a regular stop for the Drive-By Truckers, the Southern rock band Cooley and Patterson Hood front, as well as the scene of the raucous crew’s earliest successes in Austin.

“I don’t even know the last time I’ve been in the place,” admits the singer-songwriter-guitarist. “It’s been a long, long time. You know, the last time we were there might have been the week that Doug Sahm passed away. We played there that weekend and a bunch of people came out, in honor of him.

“So there were a lot of people out and we ended up having a pretty big crowd for the first time and that helped us build an audience in Austin. We might have gone back once since.”

Truth be told, I attended my share of those early gigs on the Drag and have vague memories of double bills with Slobberbone that ended in a drunken, sweaty heap with the refrain of “Too Much Sex (Too Little Jesus)” ringing in my ears. When Cooley appears this week, it’ll be under different circumstances.

His first solo disc, The Fool On Every Corner, due out next week, features songs he’s sung with the Truckers stripped down for either just guitar or banjo. Recorded in front of live audiences in Atlanta and Athens, Ga., it’s a different kind of singer-songwriter album. One where the whoops and hollers, the rowdiness of the crowd, adds to the performance.

“It’s funny, we recorded three nights and the night that the crowd was the rowdiest is what I thought was going to be the worst of the three on tape. I mean I was having a hard time doing a show with a crowd that rowdy and then almost every song on the record came from that night.

“People were standing. It was at the Earl in Atlanta. That’s a rock & roll bar. It’s not the kind of environment where people are going to quiet down.”

Sounds like the Hole in the Wall to me.

While Patterson Hood's been doing the solo thing outside of the Truckers for years now, Cooley resisted doing his own mostly, believe it or not, out of stage fright.

“It can be terrifying,” he admits. “I’ve done several of these shows now and I made that my goal. I wanted to do it enough to get comfortable with it. The nerves still start working, but it’s becoming more natural for me now.

“With a band, you have a support group. Everybody isn’t looking at you the whole time. If you fuck up, it’s not noticeable. When you’re by yourself, everything you do wrong is right on you.

“Of course everything you do right is too. That’s something you don’t always get with a band either.”

One of Cooley’s most memorable lyrics reappears on The Fool On Every Corner via the song “Marry Me,” which contains the lines, “Rock & Roll means well/ It can’t help telling young boys lies.” I wondered whether he remembered penning that line.

“I was mowing the lawn and I remember shutting off the lawnmower to go inside and write down some of the words. Then I’d go back to pushing the lawnmower and a few more would come to me, so I’d shut it off and go back inside.

“It took me all day to complete the job.

“I don’t remember when that particular line popped into my head. That was a normal way for me to write at that time. I think I came up with a lot of stuff during those couple of years.

“But I haven’t mowed my lawn in a while. I’m always on the road.”