A place to run from F1 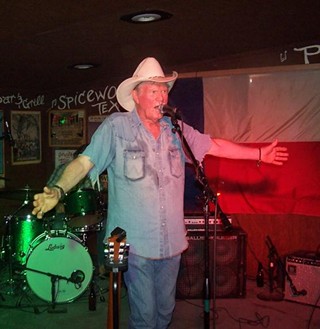 The club calendar from local booker David Cotton had a quick note attached: “For those of you who don't know, Poodie’s went nonsmoking as of July.” That’s akin to suggesting Willie Nelson cut off his braids and let his hair go gray. Whoops, that’s already happened, too! Call it a neon sign of the times.

I hate cigarettes and cigarette smoke and those nasty, stinky butts left over. Yet, the curl of cigarette smoke is an alluring, fascinating sight to me. I’ve whiled away the decades in clubs watching smoke rise in thin vapors and disseminate into the ceiling haze, blasting from chesty puffs into misty clouds that expand then fade away, trailing and dancing languorously from a cigarette stuck between guitar strings.

I also hate that smoke penetrates my clothes and hair and leaves me sticky, smelly, and occasionally with clothing burned by someone using their cigarette dramatically. I hate the lung cancer that's killed or maimed friends. I remember Jeff Buckley being passionate about nonsmoking venues, saying, “Why do I have to breathe someone else's cigarette smoke when I’m playing?”

Back then – the Nineties – nonsmoking venues were novel, but Buckley thought the times were a-changing, and he was right, bless his soul. Over the years, Buckley and I met up for interviews and catching up because we’d gotten friendly over the fact that our fathers died the same year. This was touchy turf for Buckley - the topic of his father Tim Buckley, whom he hardly knew but undeniably inherited talent from - but the story of my father's suicide provoked a tender response from him.

On different occasions, we talked at a north Austin hotel, went shopping, met again over enchiladas at La Zona Rosa, spoke on the phone, and lunched with fellow journalists at Hyde Park Grill. I got a good feel for his brilliant young talent. Jeff Buckley liked quirky things – he entertained me by dancing in nothing but a hotel towel singing the theme to “Speed Racer” – and I imagine a conversation like this with him in a car.

“Just get in the car. Tessy Lou & the Shotgun Stars play every Sunday at 4pm.”

Named for Willie Nelson’s late and close friend Poodie Locke, the hilltop venue also keeps the good Texas vibe, so if all this F1 stuff isn’t your thing over the next few days, head west out Highway 71.

There’s someone playing every night. 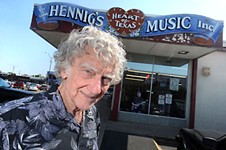