Still 'Blinded by Science' and sound 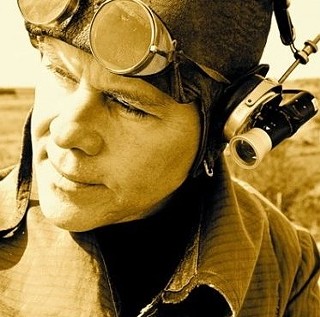 While I grew up alongside Eighties megahit "She Blinded Me with Science," I discovered Thomas Dolby only last year, through his brilliant online game Map of the Floating City via our mutual friend at TED [Technology Entertainment Design], Dr. Rachel Armstrong. Dolby retired as TED's musical director last month and plays the Parish Wednesday.

While his post at TED was "relaxing," Dolby confesses, "Music is my first love and it's something I needed to return to."

I asked if he's considered performing in anti-gravity, and we had a good laugh about what that might be like.

"Percussion would be fun to play in anti-gravity, with a set of bongos, tambourines, and cowbells,” he added. “You could float around and hit things, [yet given our atmosphere], it would only be possible for a few seconds at a time and so a pretty short concert."

And poetry in motion.

Dolby brings the retro-futuristic music of his new CD, also titled Map of the Floating City, to the Parish on Wednesday. He never tires of playing his hits, especially when doing so to a noncommittal audience.

“It's great to be able to play a couple of old hits that people remember from MTV, or are still being playing on the radio. That's a way to get people into my new music."

Since he was a kid, Dolby dreamed of being a musician. He won the lottery in getting to see the Beatles live at a very young age, and by his 14th birthday, got inspired by Roxy Music on late night TV. Brian Eno caught his eye standing in the back as a keyboardist.

"With his arms folded and every now and then he would lean forward and twiddle a knob,” chuckles Dolby. “He was wearing a leopard skin top and massive platform boots."

Last time through Austin – in March for South by Southwest – Dolby arrived in a time capsule, a chrome- and brass-plated road trailer that seats three. While some naturally associate Dolby's latest work with dystopia, in reality his work inspires us all toward utopia.

Born to post-war England, Dolby's interest lies in that era more so than Steampunk, but we share a mutual concern for the future.

"We have to change our habits in the way that we consume and the way that we live," warns Dolby. “It's very hard to get people to change their lifestyle and accept a different way of living. It's hard to say to someone living in a hot climate you can't have air conditioning anymore. It's hard to say to someone driving a fast, powerful car, you can't have that anymore.

“We assume that we can move water from a wet place to a dry place. We need to intervene and decide collectively to change. We make a lot of assumptions and it's not sustainable."

All that said, 2012 remains a terrific time to be a musician.

"These days if you're young and you've got talent it's very easy to make a recording and get it up on the Internet so that the public can hear it and you get instant feedback. You don't have to deal with the industry.

“The bad news is because it's so much easier you're competing with 10,000 other guys that maybe don't have your talent. It's easier to get lost in the noise." 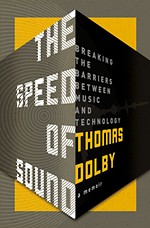 The Speed of Sound: Breaking the Barriers Between Music and Technology: A Memoir
How the one-hit UK synth-pop entrepreneur transcended the Top 40