My ACL encore: Patti Smith at the Paramount 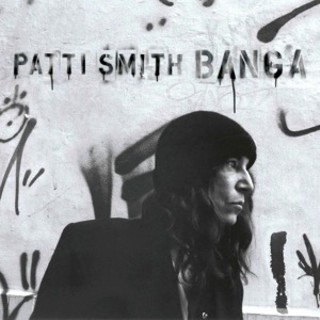 Another ACL has come and gone and I’m still standing – no small victory. From working with artists to writing about them, I’ve been involved in ACL every year for a long time. It’s been good to me too. One of my earliest music memories remains attending the festival with my dad when I was 10 (2003), and being amazed by David Garza’s songs and energy.

I went to another concert with my dad this week: Patti Smith. While certain sets of ACL were incredible (Rufus Wainwright and Stars were absolute standouts), Smith at the Paramount Theatre on Tuesday night was my real treat. My dad's been playing Patti Smith around the house my whole life. Me, I never considered her really. It was “dad music.” This year I rediscovered Smith’s intense discography and fell for it wholeheartedly.

When I took my seat at the ever gorgeous Paramount, I was more than a little excited and Smith didn't disappoint in any way, shape, or form. She read from her book Just Kids and performed songs with her band's bassist Tony Shanahan. The autobiographical work chronicles Smith’s relationship with artist Robert Mapplethorpe, and while most of the audience had probably already read the book, Smith added extra commentary and detail to the stories.

Most of all, Smith was raw and real. She fumbled a song, made wry comments, and seemed so very down to earth. She delivered favorites – “Because The Night” was a passionate high – but nothing was better than her dark delivery of “Pissing in a River.” Wearing understated jeans, a button-down shirt, and black suit jacket, Smith's presence was commanding all by itself.

She and Shanahan came out for an encore, playing two songs off of Smith’s latest release, Banga. The last song was the title track, and it found Smith spitting on stage, barking like a dog, and yelling, “Believe it or explode!” She's been around a long time – she'll be 66 at the end of December – but she’s no less punk rock and fierce.

What does this have to do with the business side of music? Smith’s been creating music and art for most of her life, but her career's never been flashy, never year-long arena tours. She's carved out her own niche.

She took off 10 years to raise children, yet made a comeback when they were old enough to look out for themselves on her tours. My dad talked about how the last time he saw Patti Smith in Austin, it was 1978. I wasn't conceived for another decade and a half, but there was Patti Smith taking the world by storm.

Her first album, 1975's Horses, still feels so relevant to me. That’s the mark of a good musician and smart business person: sustainability. 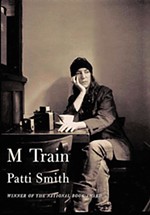 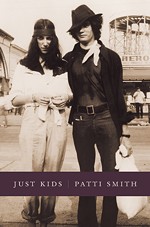