What two weekends of ACL next year could solve 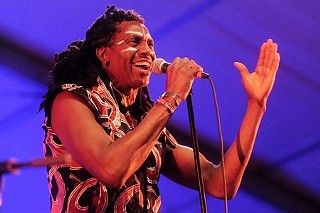 I’ve been to all 11 Austin City Limits Music Festivals. This year’s falls into the middle of the pack in terms of excitement and interest. Discovered a couple of fab new acts, was disappointed I couldn’t get close to a couple I wanted to see, and Neil Young with Crazy Horse wailed through their way one of the festival's most memorable sets.

Not that the rain, the mud, and unending amount of acts hoping to become the next thing, not to mention unwieldy crowds, made the festival any easier to navigate. At least the mud didn’t have that putrid Dillo Dirt odor this year. 2009 really was a year to forget.

Two bands turned me into fans. Father John Misty’s Saturday appearance still brought Fleet Foxes, his former band, to mind with his occasionally reverbed vocals. Whether or not he was really drinking locally-made Tito’s vodka, his act of a goofy 21st Century crooner and a crack backing band made his songs even more affective then they are on his hit-and-miss new album.

Not long after that, Brooklyn’s Antibalas nearly ripped my face off with incredible rhythms and horn-blasted Afrobeat. Live, it was as close to genre father Fela Kuti’s intentions as we’re likely to find these days. Their cover of Bob Marley’s “Rat Race” was reggae taken to another mesmerizing level. I’m truly sorry I didn’t drive to San Antonio on Sunday to catch their free show with Austin funkateers Brownout opening.

Two disappointing moments: I tried to see both Alabama Shakes and the Lumineers, even arriving what I thought was early to get close to the stage. No dice. I read some in the audience at the Lumineers show felt physically threatened by the crush of the crowd. I left both without hearing a note. I realize it’s impossible to predict what size audience a band's going to draw, but both acts have a huge buzz this year and deserved to be put on larger stages.

On the other hand, this year confirmed the Avett Brothers have finally achieved their lifelong goal. Despite the acoustic instruments, they're now officially rock stars.

I wonder who’s going to slog through both weekends of ACL next year. The promise of more festival days translating into more local acts is welcome, if true. I caught some of Asleep at the Wheel and Ruthie Foster this year, both worthy representatives of what happens here on a daily basis, but such moments were sadly fleeting over three days.

Really, it's time to put the Austin back into ACL. 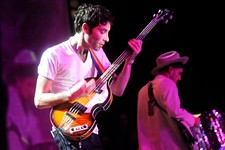 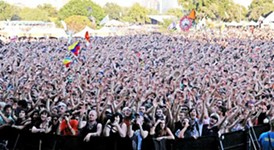