What Really Rocks the Vote

Teaching your children about the presidential election 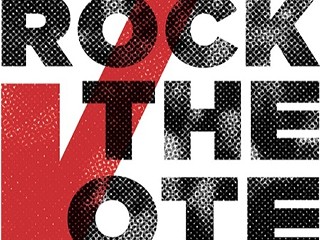 One of the first songs I learned to play on guitar was Crosby, Stills, Nash & Young's “Teach Your Children,” a song as relevant now as it was upon its release in 1970.

"You, who are on the road, must have a code that you can live by."

After the Presidential debate, I set out to find the concerns of both young college voters and U18agers. I surveyed students at the ACC Rio Grande campus and teen sippers at Jo's Coffeeshop on Congress. Less than half the people I spoke to watched the debate. Many of those that did were frustrated by a lack of concrete answers. Young people seem to be thinking more globally than nationally, a change from prior generations.

"And so, become yourself, because the past is just a goodbye."

Voting matters and it starts with table talk over family dinners. The question of the modern world: Will we be able to fix the problems left to us? The decisions being made now affect future generations more than ever because the toll taken keeps rising.

"Teach your parents well, their children's hell will slowly go by."

National concerns voiced: the need for jobs, the cost of college, corporate influence, prison reform, government and Wall Street corruption, and the legalization and decriminalization of marijuana. Words like "clean coal" are not inspiring. A few teens pointed out that if Germany can turn toward green energy, so can we. Global concerns voiced: green energy, saving the environment, becoming self-sustaining, the Middle East, the end of war.

"And so, please help them with your youth, they seek the truth before they can die."

Two main issues of teens I polled: Water. There's not enough of it. It's a global and a national issue. And there's a lot of fear about the worldwide privatization of water. Secondly, there's the securing of personal freedoms that the Unites States was founded on. Many find the Patriot Act a contradiction, but most were quick to say they "understand" why it was enacted.

"Don't you ever ask them why, if they told you, you would cry."

"And you, of tender years, can't know the fears, that your elders grew by."

When “Teach Your Children” was written, the issues of the day weren't that different. Vietnam was discussed instead of Afghanistan. The Patriot Act wasn't in place yet, but guaranteed Constitutional rights were debated. The language wasn't all that different, including the conversation about marijuana.

"And feed them on your dreams, the one they picked, the one you'll know by."

What young voters and U18agers want: personal and global safety, guaranteed rights as promised by the Constitution, jobs, and high-standard, affordable education. We need hope more than fear of lack of water. Honestly, people care more about water than they do about a national debt!

"Teach your children what you believe in, make a world that we can live in."

ACL thinks Neil Young is still relevant. He is. So are the songs he wrote and sang decades ago. Graham Nash, who was at the Moody Theater in August with CSN, wrote “Teach Your Children.”

Teach us well so we'll know how to clean up the mess, whomever you vote for.