Garbage singer on the industry, Obama, and the animal kingdom 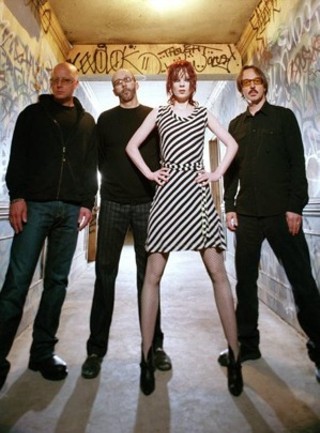 “I think I’m paranoid!” Garbage’s lush sound accompanied the Nineties like its personal soundtrack, completes with crushes, stupid girls, and only being happy when it rains. At the top stood Shirley Manson, audacious, eloquent, and possessed of a voice that defined the decade. New CD Not Your Kind of People signals the band's return.

Garbage (1995) and Version 2.0 (1998) made the foursome rawk stars, thundering with singles that were white-light brilliant and the essence of modern rock. Based out of Madison, Wisconsin, with Manson as its Scottish import, the band went on hiatus in 2005, reconvening now for a new album on their own label, Stunvolume Records.

While it’s reassuring to hear all the signatures sounds of Garbage on Not Your Kind of People, nothing’s changed with the ever-candid Shirley Manson.

“It’s changed a lot, the business,” she begins with little prompting. “That’s just the way it is and I have to adapt. Things will never be mysterious and delicious – the way our rock stars were. We can’t rekindle that romance. We have to evolve. Some of us have come biting and screaming into the change.

“So the downside is the destruction of the mystique, the allure, the mystery. The upside is that it’s a fascinating portal for us. [Facebook and Twitter is] a great way of communicating with fans. It’s a proven tool for us.

“When [music impresario] Gary Kurfirst died, part of the innocence of the record industry died. He was my mentor. Without Gary Kurfirst, I would have no career. End of story. I still feel wobbly without him.

“There’s none like him anymore, true visionaries and people who will put their reputation behind a band. People who will die for their bands. It doesn’t happen anymore. A&R men will sell their bands out in seconds flat to preserve their career. The industry’s becoming a purveyor of record executives and a graveyard for artists.

There's no holding Manson back. When the election comes up....

“I’ve got an absolute bias for Obama, because I really love him. I admire him. As a foreigner, my perspective is how he’s dragged America out of the gutter in terms of how the rest of the world viewed America.

“When I first came over, the rest of the world viewed America as a superpower. It was respected and awed. That standing in the world community began to deteriorate as America practiced isolationist politics since its birth.

“But the United States can’t afford to live in isolation anymore. It needs to the rest of the world to join forces with it. And love it.

“I think the world stood up and took notice again because Obama has been very respectful in his dealings with other countries and improved relationships worldwide for America. I know a lot of people in America are frustrated and they blame Obama for their frustration. I think he had an incredible mess to clean up and people have forgotten that.

“People have no patience because we have the Internet and we’re used to Twitter. People expect things to be solved in seconds. It’s an impossibility.

And the new tour?

“There’s always tears when my dog is pried from my hands as I get on the tour bus. How can people bear to live without dogs? I don’t understand. They're magic.

“I’m an animal obsessive. I think animals are magical and we can learn so much from them. I’m a freakazoid about animal welfare. My dogs are rescues. I’ve been known to be involved with PETA. I haven’t met and animal I don’t like.

“Wish I could say the same about human beings.” 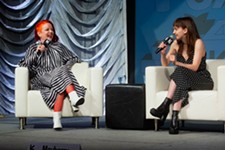