Music for the Soul

To Michael Franti, the topic of children in foster care is a personal one. Consquently, when he was approached by Karyn Scott to play for Kids In a New Groove Thursday at the Long Center, the only answer was “yes.” KING provides private one-on-one music mentorship to kids in the Texas foster care system.

Growing up in general is difficult, the path to adulthood treacherous enough when you have parents and a family. For children in foster care, calling it “the floor you can’t fall below” is a poignant way of acknowledging a system that spits you out into the streets at age 18, ready or not.

By offering foster care children music lessons in their home - no matter how many they live in - the Austin-based KING offers kids a chance to enter life with a skill and an art, often a life-saving combination.

“Kids In a New Groove is near and dear to my heart because I was adopted,” reveals Franti. “So I have a lot of empathy for kids who are adopted or in need of adoption out of the foster care system. Music was a central part of my childhood because my mother played organ and piano in the church, and that meant all us kids had to be in the church choir.

“I was the tallest kid and had to stand in the back, which meant if I didn’t feel like singing, I’d lip-sync the words,” chuckled Franti during a phone interview. “My house was filled with music. We had a piano, and my brothers and sisters played instruments. Even though I was around it, I played basketball.

“When I went to the University of San Francisco, my dorm room was right above the campus radio station. I decided to buy myself a bass because I could hear all the bass lines, so I started to play.

“Being a kid that grew up in a very unique family, sometimes I felt like an outsider. My parents were Finnish-American, and they had three kids, plus the two of us who were adopted and African-American.

“When I first started, my songs were the politics of anger. As I got older and hopefully wiser, I wanted to be part of the politics of answers. That’s why I think Kids In a New Groove is a good thing. It provides them an opportunity to learn an instrument and express what’s in their heart.

“Many kids in foster homes have a lot of emotions that are hard to get out. It’s important to let them know they can make a difference in the community.”

KING’s annual fundraiser presents Music for the Soul with Michael Franti & Spearhead at the Long Center on Thu., Sept. 20 at 8:30pm. Tickets are $29-$64, with VIP passes available for a 6pm pre-party featuring DJ Chicken George, dining, cocktails throughout the evening, and premium concert seating in the Kodosky Lounge.

To make donations or for sponsorship information, visit Kids In a New Groove. 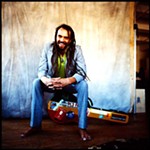 More Kids In a New Groove 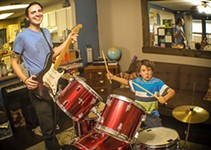 Playback: KINGs and Queens
Kids in a New Groove, Bull McCabe's bows out, and underground heroes of Austin music