Before the Artist Even Hits the Stage

ATX Music PR, the passion and the pain 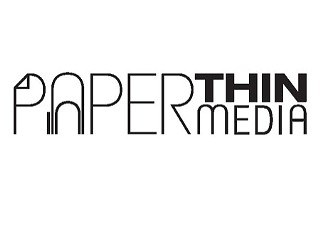 When I was in middle school, I had an epiphany; I wanted to work in music PR. Although my career goals have wandered wildly, I always keep music PR in my back pocket. As covered here last week, a good PR campaign can make all the difference for bands. Step one, says local publicist Adi Anand, is being active in the scene.

Anand has done PR for many bands and companies, most notably Transmission Entertainment.

“There is no magic formula,” he says. “But there's also no substitute for experience. Everything I've been able to do is only because I was there learning and experiencing it for years first as a fan, then as a reviewer/blogger, and then as part-time help at events and festivals.”

Similarly, publicist Jennifer Sinski notes, “You have to hustle if you want to break into music PR. You have to prove that you've worth the cost, which is hard when bands make little to no money. I definitely had to help with many projects for free or on a volunteer level.”

Although Sinski first got involved in the music scene as a blogger, she’s now working PR with Paper Thin Media.

Both publicists have had day jobs in industries far removed from PR, but it was their passion for music that ultimately made them successful. After all, at the end of the day a publicist is a skilled super-fan sharing hot new tracks.

“While it's possible to promote a band whose music isn't your favorite – and that's a valuable trait – I find it much better to represent musicians whose music you love, support, and want to see succeed,” offers Sinski. “Certainly don't get into music PR for notoriety. It's not about you. It's about the band, and the best PR campaign will work so well that all people will want to talk about is the music.”

While it’s not about you, both publicists stress the need to be personable and network.

“You have to be really committed to being on the streets and feeling the city's pulse firsthand,” explains Anand. Sinski agrees: “You always have to be ‘on’ in order to find the best opportunities for your client.”

In last week's column, I wrote about the importance of a creative campaign; the person putting the campaign together is pretty important too. Whether it’s fair or not, I’m a lot less likely to listen to your music if I don’t like you. Anand’s focus is on learning by branching out.

“Do new things you’re not used to in the music scene; understand what it takes to get people’s attention; realize what is too much or too little; and know what does and doesn’t work based on those experiences,” he explains.

Sounds like a tall order, but I’ve never met a publicist who didn’t learn by experience. All have dealt with campaigns that flopped. Yet despite the hit or miss nature of publicity, the hits are big enough to keep Austin’s PR firms in business. As Sinski reminds us, “Booking, public relations, and management all come into play before the artist can even hit the stage.”

Of course, the best publicists carefully engineer that, all while making us all forget they’re even there.