People have been complaining about the state of country music almost as long as there’s been country music. Still, it comes as a shock when someone like Vince Gill calls today’s country “mind numbing” as he did in a recent interview. Gill, once a revered host of the Country Music Awards, will be appearing at the Moody Theater on August 11.

Marty Stuart, long considered the conscience of Nashville, conveys a similar sentiment in the liner notes to his latest disc, Nashville, Volume 1: Tear the Woodpile Down. “Today the most outlaw thing you can possibly do in Nashville, Tennessee, is play country music,” he writes.

Of course he and his band the Fabulous Superlatives back it up with 10 tracks that run the gamut of what country music can be: straight up honky-tonk, a fiery guitar ramble in the mode of Joe Maphis, a bluesy trucker’s anthem, and duet on Hank Williams’ “Picture of Life’s Other Side” with Hank III. No “airhead country” here, just clear-eyed songs written and performed in the tradition.

Texans complaining about what comes out of Nashville has been going on for so long it's become tradition. Few, however, have ever expressed it as well as Jason Eady on his current LP AM Country Heaven. “I remember the days when the singers just sang and left it all in the stories they’d tell, but these days we’re in AM country heaven and FM country hell,” he sings in the title track.

The rest of the disc is just as strong, with production from Austin's Kevin Welch and guest appearances from members of Heybale and at least one of the Trishas. Patty Loveless, another former Nashville hitmaker, duets on the sublime “Man on a Mountain.” Combined with the fact that his songs have been recorded recently by Micky & the Motorcars and Eleven Hundred Springs, and that he wrote “Drive” – lead video for the upcoming Trishas album – AM Country Heaven marks Eady as a talent on the rise.

Even though Broken Arrow, Oklahoma’s JD McPherson makes a sound straight out of the Fifties, it still sounds unusually fresh. It’s in the same school as British soul shouter James Hunter, only McPherson achieves something much more raw and primitive.

The secret stems in part from young McPherson and producer Jimmy Sutton taking ideas from acts as diverse as the Wu-Tang Clan and the Smiths and molding them into something that could've come out on Chess Records. Tunes like “Firebug” and “Nickles for Dimes” are sure to excite locals who appreciate the retro vibe of Jimmie Vaughan and Lou Ann Barton, and one can only hope that those in McPherson’s generation find his swing and blues – some might call it rock & roll – attractive.

Recorded over a couple years and begun as a straight up tribute, the newly released Foggy Mountain Special: A Bluegrass Tribute to Earl Scruggs now commemorates the famed banjo player’s recent passing. Twelve of the best banjo pickers in bluegrass, Ron Block, J.D. Crowe, Jim Mills, Ron Stewart, and Tony Trischka among them, as well as a stellar backup band including members of Union Station and the Del McCoury Band, lovingly lay down some of Scruggs' best known compositions (“Foggy Mountain Breakdown”) and songs he was long associated with, including Dylan’s “Nashville Skyline Rag.”

After witnessing the enthusiasm Central Texans have for bluegrass at this year’s Old Settler’s Music Festival, I know there's lots of local bluegrass fans and this one’s for most certainly for them. 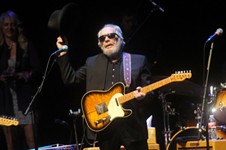 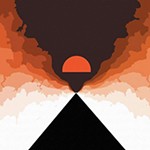 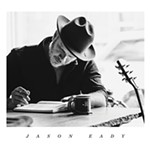