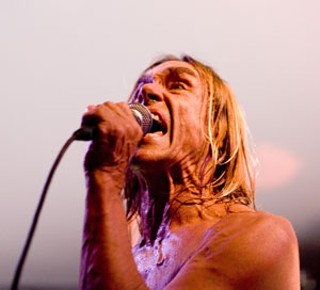 Given the Stooges' 2007 South by Southwest set at Stubb's, the ACL announcement wasn't so much a shocker as just simply welcome news. Most welcome.

Where the previous Stooges show reconvened the classic version of the group with the addition of Mike Watt on bass, the subsequent death of original guitarist Ron Asheton forced Iggy Pop to re-enlist Raw Power gunslinger and Texan James Williamson. Those performances have been barn-burning if our own 2010 report was any indication.

So, to recap: SXSW, followed by Old Settler's Music Fest, then Psych Fest, Pachanga, and next week, Chaos in Tejas. First half local music festivals (Reggae Fest, Urban Music Fest) are almost hurdled. With summer beginning this Memorial Day weekend, the fall season – ACL and FFFF – approaches faster that anyone would care to admit.