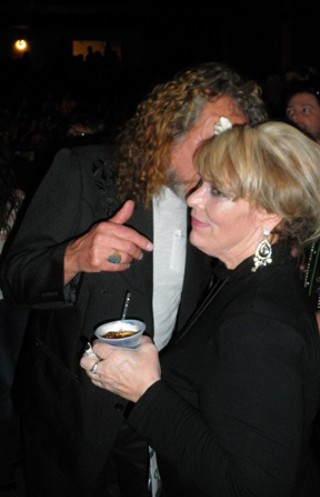 If those golden tresses look familiar …

Now in their 10th year, the Greencards have stopped noting that they won Best New Band at the Austin Music Awards in 2003. I write that with great interest on several counts, not the least of which is their Threadgill’s show this coming Saturday, May 5.

Last year’s Brick filled the final hole of their first decade, a rock solid wall of band development from upstart new-grassers to an eclectic roots outfit, still fronted by the unstoppable Carol Young and Kym Warner. The album also garnered the now Nashville-based quartet a Grammy nomination for a compelling, pan-Americana sound that's landed them on tours with Bob Dylan and Willie Nelson and stage slots at the Austin City Limits Music Festival and Lollapalooza. It makes us proud at the Austin Music Awards to see the Greencards still following their vision true.

I spent a lot of my weekend explaining the Austin Music Awards to someone who never heard of or cares about it or “Austin music” in hopes of the show being granted money through the City. This wasn't a result of Robert Plant ragging on me during this year's show about its production values (see photo for my “game face”), but it should indicate that at 30 years, the show has literally grown up in way that requires us to now be something more.

“Us” is a word that so blithely suggests ... what, in regards to the Austin Music Awards? Often, it means me and the AMA staff, a genuinely remarkable and oddball extended family that includes all the familial stereotypes such as crazy aunts, weirdo uncles, cool grannies, hip kids, and the kind of love and affection that can’t be bought or faked.

I found myself telling a grant writer how non-music scenester Scarlett Angell came to me at the Chronicle as an intern from Concordia and stayed on as my assistant director at the AMAs - for 20 years next year. From the time the sun comes up on the day of the show, I could be totally out of the picture and the Awards would go off without a hitch because she knows it as I do.

Just as often, “us” in AMA lingo means me and Louis Black. That’s something I rarely articulate, the way all those “we” references in the interview I did for Austin Daze was me and Louis. There’s no way to explain how deep and abiding our friendship and professional relationship is. We became friends on the punk wave of the late Seventies, attracted to the scene as observers and inspired as participants.

We became free like brother and sister to yell and scream at each other and throw shitfits the size of Houston in the hallways of hotels. Actually, we don’t do that any longer, and I do believe it’s been a good 20 years since we had a screamer. But they were notorious in their day. WTF were they about?? Nada.

When my sainted late ex-husband Rollo Banks and I were in the throes of courtship, we made what I still regard as a wise confession/term of agreement: who is the one person outside your blood family whose presence I have to live with in our life together? Rollo said his former girlfriend and best friend Kandi Everett. I said Louis Black.

It was true then and if faced with that question again, I’d likely reply the same. Our friendship in the Eighties often took on the silliest of forms, including a kind of “Three Musketeers” approach with Nick Barbaro in those days when we were young and single. When prompted, Louis and I might flop our hands like bunny paws and hop with joy. In public. This, he has loudly claimed, is something I “made” him do.

In 2001, the year John Cale played the Austin Music Awards, Louis and I stood at the side of the stage, holding our breath, watching this gorgeousness unfold that we had imagined in late night emails - what if we ask John Cale to join the AMA tribute to his late bandmate Sterling Morrison by performing with Alejandro Escovedo and Tosca? Here it was being played out. We looked at each other, part teenagers listening to the Velvet Underground on record players, part fans of the new frontier. And we hopped.

So it was with a lot of pain that I read my friend and editor Louis Black's post Saturday on Facebook that he’d had his big toe amputated and would be out of commission for a while. I wish for him a speedy recovery, and real hopes that at some point during the 2013 Austin Music Awards we find ourselves together stageside....

Brick by Brick
The Greencards build a new album 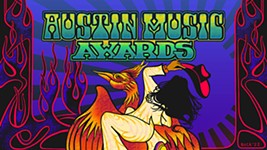 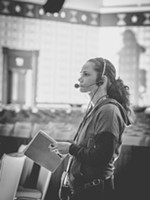