Wow, shades of Honky Chateau-era Elton John and Harry Chapin in a young, contemporary singer-songwriter. The Good Music Club turns up another local prize in Nano Whitman. And don't miss the visualists next taping, Monday at the ND, with another quartet of upcoming Austinites: Lonesome Heroes, the Dalles, Frank Smith the band, and the Sour Notes.

The Good Music Club: Round 3 Sneak Peek
Third TGMC taping previews our next month of videos 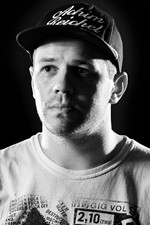