Doobie Brothers: Rockin' Down the Highway

Tom Johnston listens to the music but not the radio 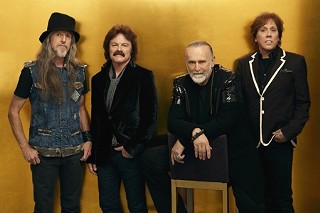 If there’s not a Great American Singles Book - a rock equivalent to the Great American Songbook - then Doobie Brothers hits could write one. Next to Creedence Clearwater Revival, the pride of northern California created a string of melodic singalongs (“Long Train Running,” “Listen to the Music,” “Black Water,” and classic Texas rocker “China Grove”) that defined Seventies radio: power rock reshaped with funky, twangy beats, rock-soul harmonies, and everyman lyrics.

The mid-Seventies departure of founder Johnston allowed the group to undergo a Fleetwood Mac-like transformation into a completely different dynamic with Michael McDonald singing. Once that era passed and because rock & roll has proved to be not simply chameleon-like but phoenix-like, Johnston returned to the fold and in 2010 the Doobies released the Ted Templeman-produced World Gone Crazy.

“That was the very first tour,” recalled Johnston of San Antonio, speaking from his home in California. “With Tracy Nelson! Yeah!

“There are a few stories going around about ‘China Grove,’ just like any song in the Doobies lexicon. There wasn’t a bus breakdown. It was previous to the time I wrote the words for that song. We were touring in Winnebagos and we were driving, so there was a point where we drove into San Antonio, and there on the roadside it said ‘China Grove.’ I assume I saw it and didn’t think much about it, because ‘China Grove’ lyrics were written a year after that, made-up lyrics that sprang from a piano routine in the song. The ‘China Grove’ name must have stuck in my memory and popped out again in the song.

“When I was told there really was a China Grove, I was shocked.

“I’ll be honest, as far as listening to the radio goes today, I don’t. Not Top 40. I don’t try to keep up, though I keep up with the trades and know what’s going on because I have a daughter and she keeps me aware. But when I drive around, I listen to jazz. And I spend a lot of time in my studio writing music, which I like. I write as much as I can when I'm home, because for me, it’s a habit. Not habit, hobby!

“Writing is a great place to go, to get lost in a song... and not every song is great! Once in awhile, you get one that you go, ‘Yeah! That’s just what I wanted.’ And those are the ones that write themselves, the magic. That was one of the most important things Ted Templeman did, help us choose tunes. He has a great ear!

“We’re not thinking about a follow-up just yet. We hit the road hard the last couple of years. Pat and I are still writing, but we haven’t talked about going into the studio. It’s a slow process. It’s not like when a song would spring to No. 1 on the radio in a week.

“We fooled around with World Gone Crazy for three years before we recorded it. A lot of this writing went places I hadn’t traveled before. And that’s okay because it’s the outcome that matters, what you’ve got at the end of the day.

“Playing music will always feel good. It’s an integral part of my life. It’s what we do. It’s what we’re all about and we’re very fortunate we’re still able to do this and that there’s a market for it.

“We still get airplay.

“The best thing about it is we play at a better level than we did then in the good old days. More professional, more powerful.” 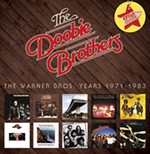