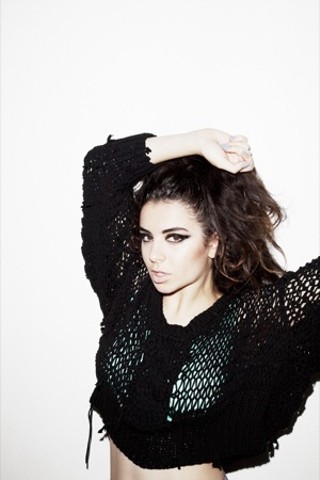 “I do hope I see a few cowboys” admitted a bubbly Charli XCX on the eve of South by Southwest. “I know it’s a stereotype, but it’s Texas!” There’s not a scrap of irony in that, just a 19-year-old girl from Hertfordshire, England, who’s suddenly found a lot of internet momentum.

In fact, she's emerged into blog fame so quickly that it's easy to forget how young she is, and that talking on the phone with an American about her music might still feel like a novelty. On top of that, Charli's SXSW showcase this year prompted her first trip to the American southwest, so who are we to judge her for wanting to see a few cowboys?

Back story: Charlotte Aitchison released her first album when she was 14. After a MySpace upload and some limited buzz, she caught the interest of a few semi-powerful folks who introduced her to some of London’s more fashionable underground parties. She’s been writing songs ever since.

“It’s funny, when I started I felt like I had an edge because I was so young, but now I feel like the crazy old bitch. I feel like I got the chance to make mistakes when nobody was paying attention.”

“It all comes together between the songs and the artwork and the videos,” she explains. “I’ve gone through a lot of phases but I really feel like this is who I am.

“I think it’s really important, especially for females, to convey a strong sense of fashion and a strong personality. I wanna help create girl power round two.”