SXSW Saturday night headliner Donovan is ready for a revival 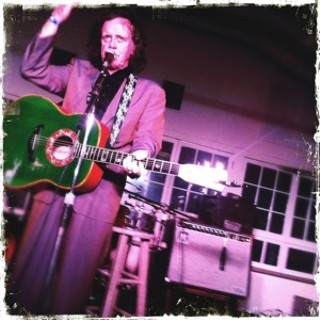 The name Donovan suddenly appeared among the acts playing South By Southwest just before the music part of the festival began. When I contacted his publicist wondering if it was really the psychedelic Sixties folk-poet, they assured me it was and asked if I’d like an interview. Hell yes I told them.

I spent about an hour speaking with the soon to be Rock and Roll Hall of Fame inductee on Saturday. He was in town for the film festival meeting with music supervisors.

“I’m very involved in music and film,” explained the 65-year-old Scotsman. “I have been for decades. People early on realized my songwriting was very visual. Cinematic they called it.”

When a showcase slot opened up for Saturday evening, he accepted the invitation to fill in. “My feeling about playing at festivals is this: I feel like I’m entertaining the troops – the business people and the kids.”

As far as being inducted into the R&RHOF he’s delighted, as expected.

“It’s a singular honor and I’m pleased as punch,” he assures. “I feel awards are very important to artists because it focuses on the work. I look back and it’s a lot of work. My daughter Astrella asked if I wanted to go back to work now that I’m inducted.

“I’m a lazy guy. I haven’t been touring. For my pleasure I would love to do it, but to also give back. It's the audience that recognized me from day one. There are millions who have elevated my music.

“So there will be five concerts in the fall. I feel very good about it. When people say I should have been inducted before this, I say, ‘No, the timing is perfect. It couldn’t be better.’”

To take advantage of Donovan’s increased visibility, Legacy Records is updating and expanding The Essential Donovan collection by turning it into a double-disc set with four tracks previously unissued in the States. Aside from a message included in the liner notes, Donovan wasn’t involved in the production of the set, leaving it instead to Sundazed Records owner Bob Irwin.

“It’s great to know that there’s a guy on the planet named Bob Irwin,” says the siner. “Bob had gotten behind my purple box set of 2005, and I saw this guy meant it. He actually went back to the original masters in EMI and Abbey Road in London. He approved everything of the highest quality. He played me three things and I just left everything to him.

“Flash forward to this one. He felt he was so limited in terms of selection, but I said, ‘Bob I’m going to leave it up to you.’”

When he was most active, 1965-1970, the singer-songwriter saw his songs covered and/or interpreted by an incredible variety of artists. The Allman Brothers' “Mountain Jam” and “Season of the Witch” by Mike Bloomfield, Steve Stills, and Al Kooper were particularly inventive.

“I love the covers,” claims Donovan. “By the age of 24, 1970, there were 250. They were so extreme from one genre to another. Eartha Kitt did ‘Hurdy Gurdy Man.’ When I heard it I thought it was amazing. Chet Atkins did ‘Catch the Wind.’ Lou Rawls did ‘Season of the Witch.’ Butthole Surfers did ‘Hurdy Gurdy Man.’”

“The unusual ones blow me away, when they take the arrangement and do different things. I think they have to. A good song, you should be able to take it anywhere. Copying it doesn’t seem quite right. Let them do their own version, that’s what I say.”