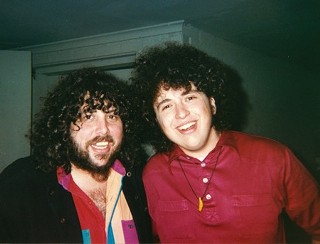 Tom Ardolino, longtime drummer for “The World’s Greatest Bar Band” NRBQ, died January 6. I spoke to Austin’s Conrad Choucroun, now the ‘Q’s drummer, in October when the reconstituted Quartet came to town for the first time since 1994.

At the time, Choucroun told the story of Ardolino predicting that Conrad would take his place in NRBQ after a gig in the early 1990s. It’s been sad reading the global outpouring of love and appreciation for Ardolino on the internet. It seems his one and only job was drummer for NRBQ. I spoke to Choucroun this week as much to commiserate as to get an insider’s reaction to Ardolino’s passing.

“The thing about Tom,” he offered, “was that he was musical beyond the drums. I’d see him sit down at the piano and it was great. Strange, but great. He was such a monster on the drums. At times he would play stuff that was completely mind boggling. Even though he wasn’t in the band any more, he was still supportive of the spirit of the band. He played on a couple of songs on the new album and did the artwork.”

Ardolino touched people with an extraordinary amount of kindness. His love of music – he was a walking encyclopedia – and the encouragement he gave to all musicians will never be forgotten.

“Tommy has been just a constant inspiration and huge influence on me,” Choucroun affirmed. “I’m so grateful that I got to meet him and that I was part of his orbit at all. He will be missed.” 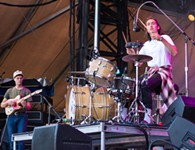 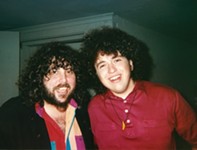