Looking back at an unexpectedly good year 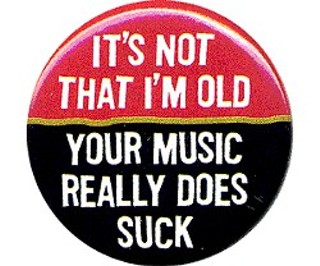 2011 was the most interesting year yet in Geezerville. Actually that surprises me. When the year began, I would have never predicted some of the things that happened locally, nor some of the artists I’d get to interview, some of the shows I’d witness, and the online ruckus I instigated.

It began New Year’s Eve at La Zona Rosa, with my two favorite local acts sharing a bill: Black Joe Lewis & the Honeybears and Grupo Fantasma. The mega horn section they formed when both bands joined up for Lewis’ “Sugarfoot” brought the first big grin of 2011. Grupo’s Spanglish version of Talking Heads’ “Burning Down The House” brought the second.

At BookPeople, towards the end of January, Rodney Crowell read from his wonderful memoir Chinaberry Sidewalks. Wearing a pork pie hat, he delighted an overflow crowd by alternating stories of his youth in Houston in the 1950s with tunes both old and new.

March brought South by Southwest, this year bigger than ever, but not necessarily better. I moderated the “I’m Not Old, Your Music Does Suck” panel, which caused quite a bit of noise online when its premise was published in the Chronicle. Despite the uproar, or maybe because of it, the panel was well attended and no punches were thrown. For the record, I never once said “everything sucks.”

The next big commotion came from an unexpected source, a solo Jackson Browne concert at the Moody Theater. I’m still not sure if it was the expectations of the crowd or if Browne invited the audience to holler requests at him, but the whole experience was unsettling. I’m pretty sure the drunk near me screaming “The Pretender” the whole night (as if that wasn’t on the set list) had a heart attack and nearly fell off the balcony when Jackson got to it.

I spoke to a number of musical heroes this year. Mark Lindsay talked about which band was the first to record proto-rocker “Louie Louie,” his band Paul Revere & the Raiders, or the Kingsman. Before his appearance at the Austin City Limits Music Festival, Oscar-, Emmy-, and Grammy-winning songwriter Randy Newman turned the tables and began questioning me. Then I only had 15 minutes with Nick Lowe, who, looking for packing tips, asked about the weather before laying down some succinct tidbits about songwriting.

Locally, swingers the Belleville Outfit played their final show at Momo’s in March, spurred by fiddle player Phoebe Hunt’s decision to perform with Cowboy & Indian, Ben Sollee, and do more on her own. The now unclassifiable Sarah Jarosz wowed a sold-out One World Theatre with songs from her intriguing second disc, Follow Me Down. And late in the year, singer-songwriter Graham Weber celebrated the release of his career best disc Women at the Hyde Park Theater with an all-star band that included Bonnie Whitmore and Leatherbag.

Finally, the top story of my 2011 came from Conrad Choucroun, currently the drummer for NRBQ – my fave band when I lived in the Northeast many years ago. The Q made their first Austin appearance in nearly 20 years in October and Choucroun related how his joining the band was foreseen in 1994 by then drummer Tom Ardolino.

Like I said, it’s been a great year. Let’s hope 2012 is half as interesting. Happy New Year.