It sits on my shelf gathering dust, a bottle of Rolling Stones wine from my editor Raoul Hernandez. Not opening it is a kind of symbol for me, but nothing overly spiritual or meaningful. It’s just a collector’s item, and not to be tampered with.

Some years ago, Raoul and I drove to Houston to see the Stones at the AstroDome. Yes, I know it’s the damn Reliant Megastadiplex now, but I still refer to the “Fess stage” (as in Professor Longhair) at the Louisiana Jazz & Heritage Fair, so there.

It was a memorable drive involving Foghat, so memorable that when this press release blinked onto my computer screens, I giggled and forwarded it to him: “Foghat Holiday Gifts” featuring “Foghat Cellars Wine - 2007 Cabernet Sauvignon & 2008 Chardonnay. For more information go to www.foghatcellars.com. Limited Quantities.”

But wait, it’s not just the band’s name slapped on Cali product. Sure, the opportunity presented itself through a fortuitous meeting with winemaker and Foghat fan Steve Rasmussen, but it was band manager Linda Earl along with husband and band founder Roger Earl who sought to make Foghat Cellars “an entity to be reckoned with!”

The band offers plenty of the usual t-shirts, CDs, keychains, etc. on the merch page, but a bottle of Foghat Cellars 2007 Cabernet Sauvignon and a fat one burning to Foghat Live II sounds like the right ticket to slackerville during the holidays.

And it's probably delicious, but if I really did have a bottle of it, it would be gathering dust on the shelf by the Rolling Stones’ wine bottle. Collector’s item, yanno? 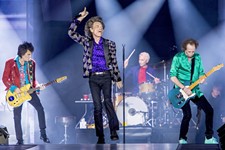