The Hyde Park Theater isn't your typical venue for a CD release, but Graham Weber’s Women isn’t just another disc. Weber, best known for having hosted open mics at the Cactus Cafe, has been heralded as one of Austin’s better, yet still under-appreciated singer-songwriters. In 2006, Slaid Cleaves recorded his song “Oh Roberta” for Unsung.

The Cactus would've been the obvious choice for Friday’s release party, “but it’s just not my homebase like it was for a long time,” explains Weber.

Conveniently, his wife's a company member at Hyde Park. The theater aspect appealed to him since Women is a concept album about the year of darkness his marriage endured in 2009. Betty Soo, Amanda Shires, Bonnie Whitmore, Dana Falconberry, Carrie Rodriguez, and his wife Michelle Keffer all provide necessary enhancement.

“Originally we were going to do an all female band,” Weber recalls. “But I liked working with [producer/engineer] Britton Beisenherz and the other guys in the band Monahans. It was kind of a selfish way for me to get the women to sing on the songs I wrote. That was the hidden agenda, just for my own personal gratification.

“In the end it enhances the story.”

Now that his and Keffer’s relationship has gotten back on track, I wondered how she related to some of women that appear on the album.

“My marriage has never been better,” he announces. “When I wrote some of these songs it was non-existent. It’s kind of surreal for Michelle to be part of it, because she knows the story. There have been times when I’ve sung with other women and she was put out by it. It was sort of a territorial issue.”

“Women are interesting creatures. It’s not that I don’t understand them, but I’m fascinated by them. She’s a fan of the artists too and I think she’s pretty excited about it.”

Besides his solo work, Weber's also involved with So Long, Problems, a rootsy outfit headed by Mike Schoenfeld, which will be performing at the CD release afterparty at Swan Dive, with Leatherbag and Austin Collins expected to make appearances as well. 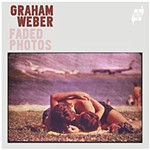 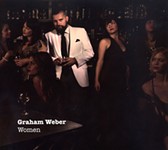