Party on the Patio 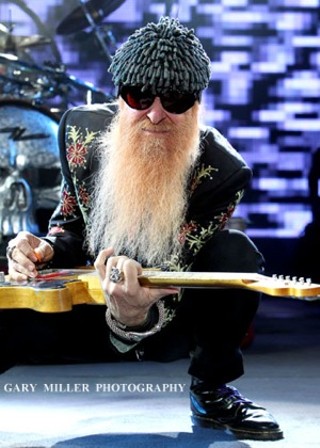 Johnson’s 2010 double-disc The Guitar Song raised a chorus of Nashville hosannahs for the Alabama native and ex-Marine, who co-wrote George Strait’s 51st straight No. 1 “Give It Away” in 2006, and although we missed him headlining the Moody earlier this year, his Backyard set seemingly impressed everyone.

The burly, bearded singer-songwriter's second song was an impeccably deep-voiced reading of Willie Nelson’s “Night Life,” followed by his own authentic country accounting “Can’t Cash My Checks,” which was matched by an inspired cover of Johnny Paycheck’s “11 Months, 29 Days,” with its refrain of “busted in Austin.” All three twanged in stark contrast to Slipknot singer Corey Taylor strumming the evening open with countrified covers of Tom Petty (“You Got Lucky”), the Rolling Stones (“Dead Flowers”), and Ramones (“Outsider”), that last one rolling over Dee Dee into Johnny inside the Ramones crypt.

Broadcasting the show live on Sirius XM, the timeless Texas boogie kings stuck close to the set list found on the recent Live From Texas DVD and CD, recorded in Nov. 2007 at the Nokia Theatre in Grand Prairie. Both formats blare pleasingly raw, but at the Backyard ZZ Top caught fire. “Got Me Under Pressure” blew like a ruptured water main, while “Waiting for the Bus” and “Jesus Just Left Chicago” dug a blues trench, but with “I’m Bad, I’m Nationwide” bassist Dusty Hill made his bass sound like the suspension bridges on the video screen behind him. “Cheap Sunglasses” followed thick as molasses, and when Gibbons paid tribute to his hero Jimi Hendrix with “Hey Joe,” Hill chased it with the whipit that was “Party on the Patio.”

The bassist's voice on “Patio” vibrated high but deep, like thick glass patio furniture being shattered, and it met its steel-string match in Gibbons’ Sunburst Les Paul on “Just Got Paid,” carving canyons of blues that turned into solid rock on the ensuing Eliminator triptych. “Gimme All Your Lovin’,” so thick as to evoke the La Brea Tar Pits, “Sharp Dressed Man,” and “Legs” found the “man with no beard,” as Gibbons introduced drummer Frank Beard, doing much of the leg work, while Cousin It and Cousin Itt lit into encores “La Grange” and “Tush” like 1975.

In almost two decades of live ZZ Top worship, I'd never witnessed such a primal performance from the band. Going to the Continental Club afterward never even crossed my mind. 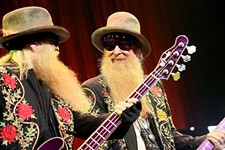