Sittin' on a Red Hot Stove

A Q&A with Charles Sanders, Jr. of Kool & Together 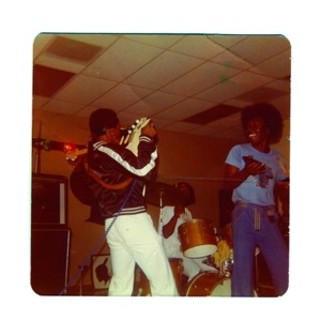 From the unlikely Texas town of Victoria, Kool & Together – led by brothers Tyrone, Joe, and Charles Sanders, Jr. – explored the expanses of lo-fi funk and fuzzy psychedelic rock. For years the band’s master tapes were unceremoniously stuffed in a tin can, but on Oct. 4 the group's Original Recordings 1970-77 will be brought out of the dark by Heavy Light.

The Chronicle caught up with Charles Sanders, Jr. as the band prepares to take the stage for the first time in more than 30 years for their album release party at Continental Club on Nov. 5.

Austin Chronicle: Have you been warming up for your gig coming up in Austin?
Charles Sanders, Jr.: Yeah, we’re practicing. We’re trying to get it together.

AC: Were you surprised when Noel [Waggener] and Charisse [Kelly] contacted you saying they wanted to put out your music?
CS: I was real surprised because we had done this for a long time; my father had this huge dream back in the day. I remember just like yesterday. One night the song “I Want You Back” by the Jackson 5 came on. After that my two brothers and I decided to start a group. We started messing around. I had one of these cheap little old guitars with the cat gut strings – I didn’t know what I was doing - and my brother Joe played drums and my brother Tyrone played congas. My dad came home from work and heard us, and he ran with it. Around two or three weeks later, I had a guitar and a small amp, my brother Joe had a drum kit, and my dad had bought my brother Tyrone some bongos.

From there on it took off. We were writing our little songs and there was a talent show here at the Victoria Community Center. My dad asked us if wanted to perform in this talent show and we said, “Yeah, okay.” I had wrote a song called “Train” and we got up at the community center and played our little song not thinking anything would happen. We got second place out of about 15 performers and that started it.

AC: And you played guitar and bass?
CS: At that time I was playing regular guitar. My dad found a bass guitar player, and we started practicing. It was my two brothers and a couple other guys my dad found to play with us, and that’s how we got started with the band My Children + 2. When it came to practice, we practiced. We started practicing and the next thing you know my dad was getting us little gigs and shows. We weren’t making much money mind you, but it was fun; it was exciting.

AC: What sort of events were you playing at the time?
CS: Well, my dad got us a lot of shows with My Children + 2. We were playing cover music, a lot of James Brown stuff. It’s so funny because we played a talent show in San Antonio, and there were a lot of rock bands there but we were the only black band playing James Brown and stuff like that. We got a good response.

We liked playing football, that was our deal. That’s what we really enjoyed was football but dad wanted us to be doing music, so that’s what we did. We played a couple of Spanish shows in Corpus, and dad booked us a show playing the Jerry Lewis telethon for muscular dystrophy. We were on TV in Houston and got on the Armed Services gigs at Lackland Air Force Base and Bergstrom Air Force Base. We were playing all over the place.

AC: You mentioned James Brown. Who else were you into at the time?
CS: Dad was basically calling the shots on the songs. It was James Brown; Earth, Wind & Fire; the Gap Band; and stuff like that.

AC: So mostly funk and R&B. Were you listening to any rock or heavier stuff?
CS: We didn’t really get off into that until after a while. We had this deal where we never performed on Sunday. It was one of our rules. Dad was the one that told us to never perform on Sundays because that was when you give your time to God. We had got back one Saturday and a band had cancelled for the next day. Dad wanted to recoup some money and play the show on Sunday. My brothers and I got together and refused to do the show. After that he backed off, and I took over the reins a bit. After that we were all over the place.

We did all these recordings, and we really forgot about them. We had put all of our masters in a tin can and it was at my mother’s house for the longest time. I brought them home one day, and they sat under my dining room table for another five years. It’s just one of those things, man. After that we decided to change the name of the band to Kool & Together and everything sort of took off. We were with Huey Meaux and did a few songs, but then Freddie Fender came along. He did a song called “Wasted Days and Wasted Nights.” After that [Meaux] kind of threw us to the side. We wanted out of the contract, and he let us out. When we changed the name to Kool & Together we got a bunch more musicians, and I was basically a utility player. If we found a bass player, I would play guitar. If we found a guitar player, I would switch off to bass.

After Kool & Together we were done, that was it. I had my family, my girls. My brother started playing our church, and they needed a bass guitar player so I decided to start playing for God. That’s what we were doing when Noel and Charisse came down to talk to us.

AC: So when they came down your masters were just sitting in your house in a tin can somewhere?
CS: Yeah. When they called us I was like, “Yeah right. Who wants to listen to this old stuff of ours.” [Noel] wanted to come down, and I said I’d think about it. At that time though, I couldn’t find the masters. I had moved them somewhere. He told us “Sittin on a Red Hot Stove” was being played in discos in Europe, and I was like, “Yeah right. Europe, sure.” I was not really believing him. My brothers and I had a meeting, and we decided the masters were just taking on dust and stuff so we voted and decided to do it. It took me a while to get on board, but they came down here and we turned the masters over to them. It took off from there.

AC: How was it like working with Heavy Light?
CS: They were fantastic. I wasn’t believing them at first wondering who would want to listen to our old stuff, but we trusted in God and we let them take over. At first we weren’t thinking about playing, but Noel talked to us about performing live. I wasn’t sure because we had been out of the business for so long. They were very persistent. Finally I talked with my brothers, and we said, “Okay, we’ll try.”

AC: Is this Kool & Together’s first show in Austin?
CS: Before that we had a manager from Austin who put Kool & Together on the map. We played the Aqua Fest in Austin; we played at Municipal Auditorium in Austin. We played with the Gap Band, the Bar-Kays. Willie Nelson was there too at one of the shows we did in Austin. Everybody talks about us having a rock flavor, and going back I met this guy John Odam, a white guy. He turned me onto the rock: Grand Funk Railroad, Credence Clearwater Revival. It was just a whole new genre of music to us. At some point Victoria had a whole bunch of rock bands coming to play at Sun Valley, and we would go and we were blown away by the sound and the music they were playing. We dabbled into that and our music evolved. We picked up light shows and fog machines and black folks weren’t used to seeing that stuff. We blew them away with all those pyro effects. I’m a headbanger to this day. I’m 57, and I love rock music. Don’t get me wrong, I love the funk, but there’s something about the drive of rock that’s wonderful.

AC: You were there with your family at the Austin City Limits taping this summer when Black Joe Lewis & the Honeybears covered “Sittin on a Red Hot Stove.” What was that like for you?
CS: It was fantastic. They really did the song justice, did a hell of a job with it. They want to record it and put it on their next album, and they want us to be involved with it. I’m very happy and very pleased, but I don’t understand why people are digging our music. We’re still scratching our heads. 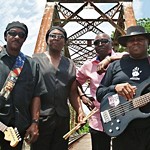 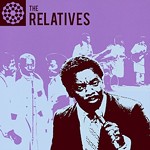