Emo's two rooms at Sixth & Red River have been sold. 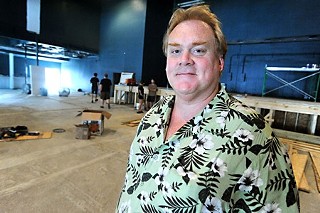 “I sold the property.” With that, Emo’s owner Frank Hendrix – on the phone not an hour ago – signaled the end of the world renowned punk club’s site at the corner of Sixth Street and Red River. The venue’s new high rise on Riverside Drive, Emo’s East, which debuted with a bang by the Butthole Surfers on Sept. 11, will continue both the name and legacy.

As reported in “Off the Record” this week (see the “Blood on Our Hands” item), a Death From Above 1979 ACL Music Fest afterparty outside at Emo's last Saturday, Sept. 17, became a hastily announced final show on the stage Johnny Cash famously graced during South by Southwest in 1994. At an Emo’s East unveiling at the end of August, Hendrix stressed the importance of the venue’s inside room, while confirming Emo’s outdoor stage would cease in favor the the brand's new location. At press time last week suddenly, the future of the front room came into question as well.

Hendrix estimates that corner at 5,000 square feet and the rest of the property – both rooms of Emo’s downtown – at an additional 14,000 square feet. How much was paid for the latter? “Seven figures,” says Hendrix, still prevented from disclosing much of anything by the terms of the sale. Sixth Red River LC took over the big room Friday. Emo's will run the front room through the end of the year.

“We plan on giving Emo’s a proper send off,” says Hendrix referring to the club's front room, whose entrance is on Red River. “We’re not booking much in the month of December, because we'd like for the old bands who played there to come back and stand on the Emo’s [inside] stage for the last time. I think we can give it a great send-off in the month of December.”

Update: Antone's Partners With Frank Hendrix
The Emo's owner will handle operations at Clifford's Home of the Blues 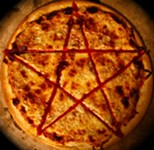