Attack Ships on Fire off the Shoulder of Orion 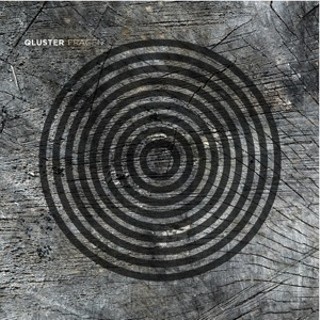 Nearly nine months of buying trips to Anderson Lane metal foundry Encore Records turned into a page of “Metallurgy” reviews – coming to Thursday's paper. Until last weekend, krautrock pioneers Faust were included. Electro-motorik has little to do with metal, but it's easy to equate Teutonic with heavy since they go together like sauer and kraut.

Orbiting my CD stacks since SXSW, Faust’s Something Dirty on bureau b records in Hamburg, Germany, cut a tantalizing spin. Born in 1971 also in Northern Germany, the original experimental sextet broke up by 1975. Returning in the early 1990s, Faust today survives on the core of Zappi Diermaier, credited with “drums & metal” on Something Dirty, and Jean-Hervé Péron, all manner of guitar & “goatshooves.”

Recorded in bureau b’s hometown, “Tell the Bitch to Go Home” gets Dirty first with atomic age guitar over a big but lithe John Bonham-bottom beat, organ burning like a hydrogen fire. Scalding all right, as gaseous as the 20th century’s industrial age.

“Herbststimmuny,” next, might have been excerpted from the soundtrack to Blade Runner, playing behind replicant Rutger Hauer saying toward the end of the film, “I’ve seen things you people wouldn’t believe. Attack ships on fire off the shoulder of Orion.”

That’s when the French Nouvelle Vague – its cinematic New Wave – kicks in and Dirty gets Parisian on the title track and “Je Bouffe.” Better are the phantasmagoric aural montage “Thoughts of the Dead” and “Lost the Signal,” which raises a Patti Smith-like sonic exorcism.

Also from bureau b comes Qluster, whose first brief Berlin incarnation as a trio, 1969-1971, came as Kluster. When Conrad Schnitzler left, Hans-Joachim Roedelius and Dieter Moebius became Cluster. Are those musician names or spies?

Roedelius, 76, godfather of German electro-ambient, later worked with Michael Rother of krautrockers Neu! in Harmonia, which I bought one year at a Waterloo 20% sale. Late last fall, Moebius quit Cluster, which like Faust revived in the 1990s, and now Roedelius returns with electro specialist Omnen Bock as Qluster.