At the crossroads of the Quatro brand and Spotify 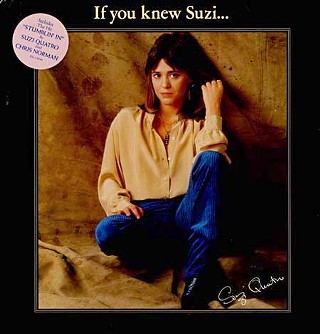 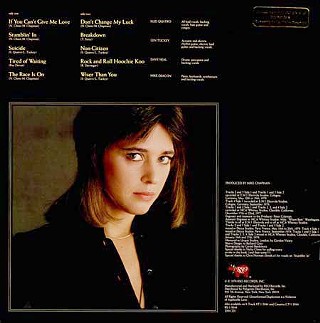 Mostly, it was getting my stereo receiver and speakers back from Mr. Wizard’s after a lengthy convalescence in the local electronics hospital. Firing up its new found finesse last Friday night took my Mission speakers all the way to 11, and by the third shot of tequila on Tequila Friday, I started pulling vinyl. And mind you, I’m no vinyl enthusiast. I grew up with vinyl and have bought and sold a lifetime’s worth. Records hold no magic sway over me. Some are phenomenal, but all of them need to be turned over after 20 minutes.

Nonetheless, there I was with my K-Tel $1 record of a lifetime – mine: Rock 80. Clustered between 1979 and 1980 are a trove of Top 40 crossovers that caught this teen clock radio addict by the ear hairs: Pretenders’ babymaker “Brass in Pocket,” Nick Lowe’s “Cruel to Be Kind” (another Caligiuri hit), Joe Jackson’s Brit-bop “Is She Really Going Out With Him?,” and Blondie’s American Gigolo, “Call Me.” That’s when I couldn’t locate my segue.

I’d found the album buried among the last remaining of my parents' records, spill over from my post-collegiate days gophering at a AM news/sports station in S.F. that didn’t have much use for its 1970s rock archives. Back in Austin when I finally spun it last fall, 1979 came dizzying back. Suzi Quatro’s If You Knew Suzi … wasn’t something I owned in my youth, but the pink sticker on the cover did its job: “Includes the hit ‘Stumblin’ In’ by Suzi Quatro and Chris Norman.” Where the hell was that on side two of Rock 80?!

If You Knew Suzi… won’t win any deluxe reissue campaigns any time soon. Beyond each side opener, both penned by the team behind the strings of hits by the Sweet (“Ballroom Blitz,” etc.) – Mike Chapman and Nicky Chinn – the covers are run of the mill Sixth Street fodder: the Kinks’ “Tired of Waiting,” Tom Petty & the Heartbreakers’ “Breakdown,” and Rick Derringer’s “Rock & Roll Hoochie Koo.” From the team that later produced Huey Lewis & the News indelible “Heart & Soul,” Chinnichap LP opener “If You Can’t Love Me” delivers a sincere little hook and vocal performance that charted in the UK. Succeeding duet “Stumblin’ In,” on the other hand, went to No. 4 in the U.S.

“Our love is alive, and so we begin.
Foolishly laying our hearts on the table,
Stumblin' in.”

Spotify’s custom made for a timeless pop nugget like “Stumblin’ In,” because you’ll never need the album. On one of Caligiuri’s personal Spotify playlists was the Sweet’s last great hit, “Love is Like Oxygen,” a song not written by Chapman & Chinn, but like “Stumblin’ In,” the duo’s second of four writing credits on If You Knew Suzi … (Chapman produced it), only those few precious minutes are needed.

“Our love is a flame, burning within.
Now and then, firelight will catch us,
Stumblin' in.”

When I got home last night, I located my “Love is Like Oxygen” 45, scratched to hell, but also from my KNBR stash. Then, I pumped up the jams just for the girlfriend, a 7-inch of Salt-n-Pepa’s “Push It.” Celestial song services nestle nicely among all other forms of music delivery, especially when getting up every three minutes to flip a vinyl single is unconscionable for an aging back. But vinyl on parade – seven, 10, and 12 inches – truly will never got out of style. 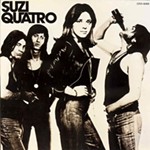 MEOW Con: Suzi Quatro
‘Stumblin’ In’ from the Motor City to music history 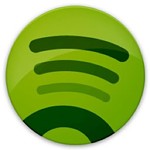 You Got Me Singing
Another Spotify convert