You Got Me Singing 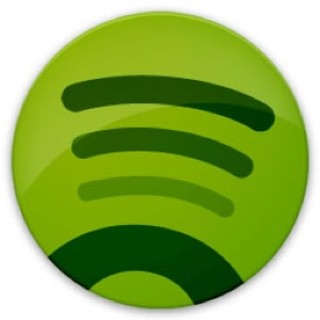 Before Margaret Moser’s piece on Spotify in last week’s Chronicle, I considered something similar. Margaret and I are about the same age, so it’s no surprise we’ve had similar experiences when it come to how we’ve gotten our music over the years.

Although it seems like an odd toy now, I owned one of those small tape recorders Margaret references when I was young as well. I remember having the common experience of being freaked out when I heard my own voice on tape for the first time, although my younger brother’s voice seemed endlessly amusing.

That probably has something to do with why I’m enjoying Spotify. Although I’m using the free version, which means I get commercials and advertisements galore, it’s opened up a new world for me, one where almost any song I want to hear is available with just a couple of mouse clicks. Talk about your instant gratification.

Maybe it’s because I’ve had almost no experience when it comes to online music services that it seems so exciting. I’ve never owned an iPod or any portable music player other than a Walkman and I haven’t used one of those in more than 15 years. I don’t like to listen to music on headphones or ear buds as I’ve always felt music should be shared.

Another reason I’ve never gone in for an iPod is that I own thousands of compact discs. The idea of transferring them all to digital files is overwhelming. At least 50% are in disarray, which is another problem, although I can probably find something if you give me 10 minutes. Meaning Spotify has made music discovery, both new things and songs that I’ve forgotten about or haven’t heard in decades, easy.

I love the software’s playlists idea. I’m a disc jockey at heart, so programming an hour or more of music that flows, or one that surrounds a particular theme, really appeals to me. Sure, some songs are unavailable, but what I have found ranges from Fela Kuti to the Wild Seeds, Michael Stearns to Seatrain. Haven’t heard of a band that’s playing at the Austin City Limits Music Festival? Look it up on Spotify and hear their most popular songs immediately.

There are some relatively obscure holes in what’s available. I looked up older Austin bands like Glass Eye and Zeitgeist without much luck, and the first albums by original Americana acts like Kevin Welch, Robbie Fulks, and Jim Lauderdale are missing. I was amused to find Austinite Michael Hall’s suburban angst masterstroke “Let’s Take Some Drugs And Drive Around” though.

I’ve heard complaints from musicians about the pay structure involved in this venture. Most think that the music has been devalued to the point of being worthless. If musician’s don’t get paid, how are they supposed to make a living? I’m not sure there’s an answer to this problem, but I do know that if I hear something I like by using Spotify, it’s more likely that I’ll make some sort of purchase, a concert ticket maybe, or turn some friends onto the music. It’s not perfect, but it may be a way out of the musical overload so many of us are experiencing.

Here’s a couple of playlists I’ve created. I’m having more fun playing DJ on this thing than any software I’ve ever used.

Ya Know Ya Got Soul 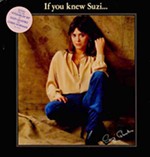 Stumblin' In
At the crossroads of the Quatro brand and Spotify