Q&A with the Byrds' Roger McGuinn

Byrds voice and 12-string Rickenbacker jangle Roger McGuinn lands at the One World Theatre on Sunday for one show, 7pm. His voice, on the line from Tucson, nests in the ear like his every hit since reinventing Bob Dylan's “Mr. Tambourine Man” in 1965.

RM: So we played there from ’70 on, many times. I remember playing there and it was great fun.

AC: When you were coming to Texas for the first time, had you attached to it any of that mythology that say the English did?

RM: I grew up in the Forties and cowboys were real big, so Texas played big in my world. It was like the United States and Texas: separate countries. It was bigger and better than the rest of the world. I remember just loving the whole thing. I always loved going to Texas. I loved the friendliness of the people. I remember one time the Lone Star Beer Company brought five cases of beer to my room, crazy stuff like that. I remember playing the Armadillo with Frank Zappa. That was an amazing time. The audiences were always so warm and great. It was something we looked forward to, going to Austin.

AC: You’re from Illinois. As you were becoming a professional musician, what was it like gigging with Deep South players for the first time?

AC: So when you were knowing people like Gram Parsons did that provide any sort of cultural enlightenment for you?

RM: Yeah, well I always admired that kind of free, easy-going kind of spirit the South had, as opposed to the industrial uptightness of big Northern cities. So I liked that attitude and I liked that music for that reason.

AC: You’ve been folk scholar all your life by now, and while Texas is celebrated for its blues musicians, what important contributions have we made to folk?

RM: Oh, well, Willie Nelson. I’d say he’s a folk artist. He does everything from Frank Sinatra to the Beatles, but I’d consider him a country-folk artist at heart. And Jerry Jeff Walker. I know Jerry Jeff. We used to tour together.

AC: You’re mentioning Jerry Jeff Walker reminds me of having had dinner last year with Michael Nesmith, who brought up Jerry Jeff and you. He told this hilarious story of all these Sunset Strip musicians in the mid and late 1960s finding enlightenment, only where they came back with new names like Sunshine, you went from Jim McGuinn to Roger.

RM: You know the story on that? I put it on the Byrds FAQ on my website. I'd been brought up Catholic and I kind of threw out the baby with the bathwater to see what I could find on my own, so I was experimenting with this Eastern thing. This guru in Indonesia, who was the leader of this spiritual exercise, suggested that if you took a name that he gave you that you would vibrate better with the universe. I said, “Okay, I’ll give it a shot.” So he sent me the letter “R” and told me to pick 10 names that started with “R.” Being a science-fiction buff, I picked names like “Rocket,” and the only real name in the bunch was “Roger,” because it’s a two-way radio word, like “Roger that.” So he gave me the name Roger and said, “Okay I’ll run with it.” So I went down to the courthouse in L.A., the big one that you see on Dragnet, and changed my middle name from Joseph to Roger, and started using it as a stage name, Roger McGuinn. I don’t know if I vibrated better with the universe or not. I got back to my Christian roots after that, so I abandoned the whole eastern thing.

AC: Your show here in Austin is on my birthday and I love a good show on my birthday. I wondered if you’d played any memorable shows on your birthday?

RM: Oh yeah. In fact, there was one that they made an album of recently, about two years ago – in Germany. I prefer to play on my birthday. I’d rather be playing on my birthday than not. I didn’t get to it this year. Speaking of birthdays, today is my mother’s 101st birthday and that’s why we’re in Tucson, to help her celebrate.

RM: Feisty, all right. Definitely. Her mind’s as sharp as a tack. She’s right there.

AC: What of your musicality do you get from her?

RM: She knew how to play a little, but she didn’t pursue it. She wanted to be a blues singer once. Or really, a cabaret singer, but it was before they had good microphones and stuff. I think she did it for one night, blew her voice out, and gave it up [chuckles].

AC: Your own career spans-

AC: ... decades, and the heart of rock & roll. How do you see the music landscape today? Given the importance of the cultural revolution in the 1960s, do you view it somehow as post-apocalyptic – after the fact?

RM: [Laughs] Yeah, well, it’s quite diversified now, not just focusing on the Top 40, but looking at the whole landscape, which includes everything on the Internet, and YouTube, and viral videos, and things that come up out of nowhere seemingly and propel people to stardom. It has more variety now than it had back then, although back then the variety that it had was more available. I mean one radio station would play R&B and country music and folk and rock all in the same day, but that’s not the case anymore. There are 10,000 different channels of music. You can find anything you want if you search it out. If you just rely on the mainstream to feed you, you’re gonna get probably urban music mostly, but not everyone’s into that.

AC: With the diversity of music today it doesn’t seem as though there’s a terrible lot of consensus, like when we’re all looking back in 20 years, we’ll be seeing different things.

RM: The main consciousness is still on Amy Winehouse and Lady Gaga and hip-hop artists. There is a cohesive sort of world mind. It’s not something I participate in [chuckles]. It’s not like the Sixties anymore. It’s totally different. The Internet has made it so.... There’s so much out there that you can find anything you want. I think that’s great, but like you said, not everyone is focusing on one thing anymore.

AC: You who were quick to adapt to technology, I wondered what you thought of “the Cloud,” sources that stream all the music we could ever want?

RM: It’s okay. To me, it’s just radio – another form of radio. So it’s publicity. It’s exposure. It’s not bad. I was invited to a House Judiciary Subcommittee Hearing back in 2000 about is there an upside to downloading – back when Napster was big. And I told them, “Hey, it’s the new radio. Get behind it. You’ll make more money.” Nobody was really there yet. I was. But that’s really the truth. It’s a good thing.

AC: As your own cottage industry through touring and your Folk Den, do you feel part of a larger music community today? There was a community in the 1960s, but do you feel that in 2011?

RM: Yeah, I do. I feel like part of the music community. We’re contributing. We’re putting out stuff. There’s a new CD out there and people are liking it. They’re buying it. We feel good about it.

AC: Do you feel that your peers, those people you grew up with musically, are still out there?

RM: The ones that are still making music are out there. Even Barry McGuire, who’s probably 10 years older than I am, is still out there on the road. Of course Crosby and Nash, and Stills, and the guys from Buffalo Springfield just got that going. There’s all kinds of stuff out there from the Sixties that’s still vibrant today.

AC: Talking about the 1960s, then versus now, do you feel like a survivor of the revolutionary wars?

RM: [Laughs] I do in a way. It was a semi-successful revolution. Some things got better, and are still better for it. And some things we hoped to achieve we set the goal too high and we couldn’t pull it off because of the industrial forces that be [chuckles].

AC: People hold you up as an icon of those times. Are you comfortable with that?

RM: I don’t really focus on that. As you know, I’ve returned to my folk music roots. My main focus now is preserving the traditional side of folk. Because I felt its neglect, I saw a reason to get behind it and promote it because it was kind of falling away. I’m really focused on that more than my place in the culture.

AC: Do you feel you’ve been successful in that preservation of the music?

RM: Yes I do. It’s been adopted by school systems around the world. They teach it in different schools. It’s supported by the University of North Carolina at Chapel Hill. It’s on their website. It’s an ongoing project that I contribute to monthly and I feel real good about it.

AC: Are you heartened by contemporary folk artists like Gillian Welch?

RM: Yeah, and Springsteen doing that [Pete] Seeger tribute a few years ago. It’s coming round.

AC: What can we expect from your show in Austin?

RM: I do a mix of things. I do songs from the Byrds. I don’t neglect them. I do stuff from my solo CDs, a few songs from the Folk Den. And I tell stories between the songs and tie the whole thing together into one big cohesive story. 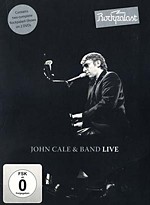