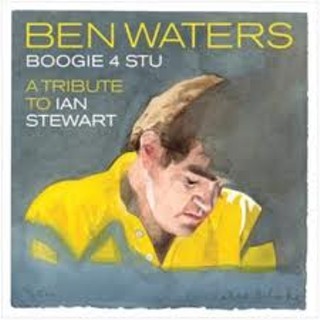 Waters, 35, writes in the CD liners that he saw Stewart perform when he was about nine, which would’ve been just before the Scottish-born pianist died of a heart attack at 47, the week of Richards’ birthday in 1985. No coincidence that the Stones more or less broke up that year. Stu’s sudden death broke the entire band’s “Heart of Stone.”

That Stewart’s influence on the young English piano player now results in Boogie 4 Stu (Eagle Records) seems unlikely enough, but the fact that the album’s such a genuine treat almost makes up for the fact that the Stones themselves are probably still reeling from Richards’ autobiography Life last year. Mixed by classic rock’s sonic stamp of quality, Glyn Johns, with art by Sir Peter Blake of Sgt. Pepper fame, the prize platter might become a new olive branch on the Stones' rose bramble.

Opener “Boogie Woogie Stomp” says it all, the Albert Ammons piano standard eons removed from its author and the ivory hunter feted here, but Stu’s spirit is palpable from the first notes. When Amos Milburn’s “Rooming House Boogie” lodges next on ripe roadhouse blues, the guitar licks are instantly familiar: Keith Richards. And there’s Bill Wyman too, original Stones bassist. And it only gets better.

Third batter up, blues staple “Worried Life Blues,” offers something never done on a Stones album: a duet between Richards and Ronnie Wood. Together, their nicotine-scarred vocals might as well be roofing tar, but they’re singing for their sainted Stu, so it’s a thing of beauty, ably encored by Waters and Jools Holland on organ romping through the title track. Sequencing, locked down.

Surprises don’t peak there either. PJ Harvey herself shows up for “Lonely Avenue,” a breathy cramp accompanied by her own saxophone no less, setting up an honest to goodness new Rolling Stones track – Richards, Wood, Wyman, Mick Jagger, and Charlie Watts, who guests the most here, six tracks – on a cover of Bob Dylan’s “Watching the River Flow.” To an unmistakable beat, the Big Bang boys lay into a Chicago throb that canals into the Mississippi. They didn’t all cut it in the same room, but it grooves as if they did.

Stewart himself, on closer “Bring It On Home to Me,” illustrates what all the fuss was about. You can see it in the opening shots of Hal Ashby’s 1981 Stones concert film, Let’s Spend the Night Together. There’s Stu – next to Austin’s Ian McLagan – romping on the keyboard like a big shaggy dog, swinging and swaying with all the grace of divine musical possession. 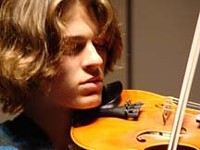