A photographer's portrait of the thinking man's Mellencamp 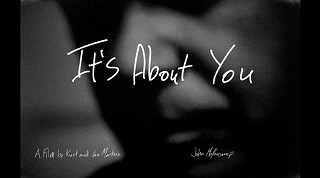 If you’re going to see John Mellencamp at the Moody Theater on Saturday, be sure to get there early. Serving as the opening act is an edited version of a fascinating film about the roots rocker’s 2009 tour with Bob Dylan and Willie Nelson.

Along the way there are stops at three historic locations to record songs utilizing a single microphone and a mono tape recorder more than a half-century old, which comprised Mellencamp's 2010 disc, No Better Than This.

It’s About You was filmed and edited by renowned photographer Kurt Markus and his son, Ian. Recently screened during South by Southwest, the film is notable for what it’s not: a typical "rockumentary.” Not that any one would expect such a thing from Markus, who brings a photographer’s eye for detail to his first feature-length documentary.

Paralleling Mellencamp’s latest technology-snubbing disc, Markus chose to work with Super 8mm film. The limitations of the format include less than three minutes per film cartridge while problems with light could result in total washout or absolute blackness. It also meant that they didn’t view any of the 15 hours of film they shot until after the tour was complete.

Speaking with Markus from his home in Montana, the behind- the-scenes of the project are almost fantastical. “John said that there might not be any access to him before filming and I didn’t take him at his word,” he relates. “He didn’t offer insight into recording, traveling, or any of that. I didn’t take him at his word; I thought there would be quite a few moments of sharing that never occurred. We never had a meal together in a month and a half. He talked to me just a couple of times.”

Mellencamp’s music is a constant throughout. There are on stage performances and recording sessions at the First African Baptist Church in Savannah, Ga., Sun Studio in Memphis, and in Room 414 of San Antonio’s Gunter Hotel with Mellencamp in the same corner of the room where blues legend Robert Johnson had recorded. Left to his own devices, Markus discovers America in decline, narrating about abandoned downtowns and landscapes touched by decay.

“This was never going to be a retrospective of John Mellencamp,” the filmmaker explains. “So whatever was in the film had to be of the moment. That was my only thought going into it. Then once we were done and we looked at what we had I started scrambling, but the idea of trying to point a finger at America, saying, ‘look what’s happening,’ was just a by-product of us driving 10,000 miles.”

Some of the desolation in the film brought to mind the Wilco documentary Ashes of American Flags, which also included similar images of America in difficult times, a view common to traveling musicians.

“I kind of turned a corner in how I feel about it,” he claims. “I’m looking at it more in terms of wonderment rather than in terms of ‘Oh, how terrible.' It’s kind of fascinating to me. It’s a new era for America. I think the few comments I made in the film are just commonplace.

"There’s nothing new in what I’m saying. It’s obvious to me. Speaking as a photographer, it’s a question of what are you interested in photographing. I think that decay in America is a fascinating photographic subject. The new cineplex or mall to be built visually isn’t something that I would want to photograph. So I kind of see this as an amazing attraction. Come to America and see this amazing stuff. But it’s not something the Chamber of Commerce is going to embrace.

"The way I look at it, we’ve got so much land that we can afford to build a city and then leave it because we can build another city ten miles away. So as long as we have all this land, this is not going to end today unless we’re forced to restore or rebuild it. We’re just going to move on.”

The film’s epilogue – Markus asking questions of a silent Mellencamp shuffling his feet in front of a Memphis hotel – offers a perfect ending. “It’s just me talking to myself, with John in the distance, which is reflective of the whole experience."