The Sound of the City

The Red River crowd has Gerard Cosloy's Casual Victim Pile I & II (the latter reviewed in tomorrow's paper). For everyone else, there's the annual compilation put together by the Austin Music Office, a division of the Austin Convention & Visitors Bureau. It's the city's version of a state of the union address, and it's never sounded better.

Pressed for the first time on vinyl (how progressive is that?!), Volume 10 could pass as a sampler of last year's Austin Music Awards, featuring contributions from Sahara Smith, Bright Light Social Hour, the Marshall Ford Swing Band, and Mother Falcon. Even more impressive is the nabbing of Afrobeat combo Ocote Soul Sounds and our rarest export, Bill Callahan (view full tracklist below).

The album gets properly released tonight at the Parish with a 10-year anniversary bash: 10 bands for $10, which includes a copy of the CD. You do the math. The show starts at 7pm. 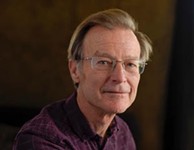