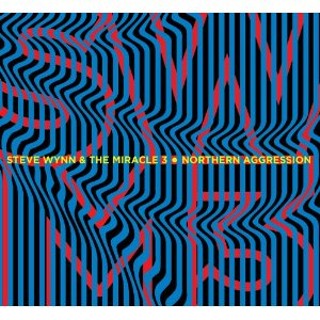 On a good night, and they don’t have many bad ones, Steve Wynn & the Miracle 3 are the best band in America. That’s demonstrated once again with Northern Aggression (Yep Roc), their first album together in more than five years.

Wynn’s name will always be associated with L.A.’s the Dream Syndicate, the Paisley Underground band he led. While his solo career built upon that group’s psychedelic undercurrent, he’s developed into a superior songwriter with the ability to veer from eerily introspective to frighteningly loud, all while retaining a poetic sense in his lyrics.

That’s exhibited with tunes like the pulsing “No One Ever Drowns” and the blaring “On the Mend.” Those unfamiliar with Wynn’s solo efforts will find Northern Aggression a good place to start; those familiar with the guitar battles he’s capable of with the Miracle 3 will find it exhilarating.

I’m not sure how many people remember 1980s college radio faves the Bongos. A major part of the Hoboken, N.J. scene that included the Feelies and the dB’s, they recorded several albums of rhythmic pop that still hold up today. Bongos frontman Richard Barone went on to a solo career after the band broke up, but hasn’t released any music on disc since 1993, instead concentrating on producing other artists, organizing large multi-artist events, and writing the memoir Frontman: Surviving the Rock Star Myth.

Most of his new collection, Glow (Bar None), was produced and co-written with Tony Visconti, who most recently worked with Alejandro Escovedo. It also features co-writes with soft-rock hero Paul Williams and folkie Jill Sobule. Barone’s voice remains the focal point throughout, and Glow possesses quite a few moments of Beatlesque bliss, like opener “Gravity’s Pull,” and “Sanctified,” which sounds like an outtake from Band on the Run. There’s even a bit of glam with the inclusion of the Marc Bolan-penned “Girl.” Highly recommended for fans of 21st century pop with big hooks and inventive production.

Is Flint, Michigan the next hotbed for outlaw country? That’s where Whitey Morgan and the 78’s hail from and their self-titled Bloodshot Records debut is deeply indebted to Waylon, Willie, and Johnny Cash. Morgan’s smooth, whiskeyed vocals are similar to Mike Barfield’s (in his Hollisters days) and his songs are a sturdy mix of barroom weepers and factory worker laments. He judiciously covers John D. Loudermilk, Johnny Paycheck, and Harlan Howard, but one of the high points is a song Dale Watson gave Morgan. “Where Do Ya Want It?” details Billy Joe Shaver’s infamous shooting incident outside of Waco with surprising swagger. Enjoy two-stepping honky-tonk with a rebellious edge? This one’s for you.

Phish has reunited, but that hasn’t prevented bassist Mike Gordon from continuing his solo career. Moss (Rounder) is the Vermonter’s third album and it’s a mixed bag of worldly rhythms and lazy melodies. While Gordon is joined by Phish bandmates Page McConnell and Jon Fishman, he also gets some creative input from keyboardist Marco Benevento and drummer Joe Russo. A four-song suite towards the end of the disc has some lysergic moments, but its easygoing attitude and lack of ear-grabbing hooks are likely to only be attractive to Phishheads.