Jody Denberg might’ve signed off the airwaves, but he’s had no trouble finding work. The local deejay interviewed Sir Paul McCartney in July for the electronic press kit accompanying the Band on the Run deluxe reissue, followed the subsequent month by Yoko Ono for the massive studio campaign that accompanied John Lennon’s 70th birthday last Saturday.

Denberg has a pretty cosmic history with Lennon. He attended the iconic songwriter's last live performance, at Madison Square Garden with Elton John on November 28, 1974, and was among only a handful of people that published a review of Double Fantasy before Lennon's murder. It was that article, published in The Daily Texan, that helped land him his first interview with Ono in 1984, a relationship he's fostered ever since. Last weekend, Denberg traveled to Iceland for the lighting of the Imagine Peace tower, and he edited his most recent interview with Ono into a radio special that’s scheduled to air on KGSR on Sunday, Oct. 17, 7pm.

What won’t people hear or see? “Yoko had this idea to start off with a skit based on the Bed-In,” chuckles Denberg. “She changed into these white pajamas and put on a long black wig came out as if I’m a journalist. Where John would’ve been on the bed there was a plant and she was talking to him as if he were a plant in 2010.” 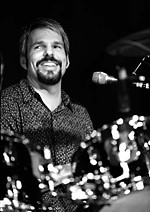 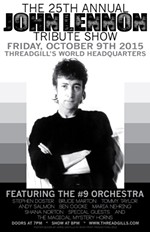