Highlights and observations from the fest 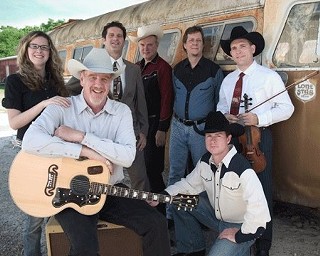 That strong breeze shaking trees around town is the collective sigh of relief from the folks behind Austin City Limits Festival, who were blessed in 2010 with three days of postcard-beautiful weather and a successful year. "Is it a good day?" Ray Benson's voice boomed to the growing noon crowd on the festival's first day. "I think it is."

It was, and as Asleep at the Wheel jumped into the Texas swing of "It's a Good Day," the first big-crowd roar of the festival lifted to the blue skies. In its 40th year, Asleep at the Wheel is the unofficial ambassador of ACL, as much for the townies as the tourists. As great as it is to hear them welcome the annual event, some year the Wheel ought to get Willie with them and be one of the closing Sunday sets.

All You Need Is Cereal

By the time the Verve Pipe cranked up the Austin Kiddie Limits stage, the No. 1 rule had been broken repeatedly: "Adults must be accompanied by a child." At least 200 adults crowded butt-to-butt on the ground with three dozen or so kids under age 12, but the show was for them and they knew it. The Verve Pipe challenged the kids, too. "Put down Guitar Hero and start a band so we can buy your CDs!"

Several kids threw themselves into dance, whirling with abandon until they'd spun themselves into a frenzy and flopped on the ground, exhausted. A baby in a stroller grasped the rails and shook itself madly. Two little girls held hands in front of the stage and jumped up and down repeatedly. One boy just laid in in the grass with his arms folded behind his head and smile on his face.

Meanwhile, the Verve Pipe were going on about cereal, and how they could eat it morning, noon, and night. When the song was through, singer Donnie Brown held his acoustic guitar upside down and dumped cereal out of it onto the grass. "Three-minute rule!" he hollered. The kids dove for the cereal, stuffing it in their mouth through the finale, "All You Need Is Love."

The hardest thing about looking at that great ACL area and stage is seeing it go dark late afternoon. This is a standard event situation that provides activities for the six-year-olds, for the 30-year-olds, and even for the 60-year-olds, but little geared toward teenagers who throng there after school on Friday and all weekend, and who are the future ACL attendees (Yay for Speak and Ruby Jane!). Devote a two-hour block to U18 and U21 acts (not just local) on Saturday evening between 4 and 6pm and call it AusTeen City Limits. It's worth it. Totally.

It's a pleasure to have a backstage welcome you when you are on the job at a festival but not a performer. That's the nice thing about stopping at the BMI Stage, as well as the non-stop quality music. Besides the shade and a seat, the performers are fun to chat up as they prep for their sets. Singer-songwriter Caitlin Rose confessed endearingly how attached she gets to other bands when they go out on the road for a month, "Then suddenly it's all over."

How smarmy is it to talk about the VIP Grove? Not very, at least not when it provided my elixir of life, Ranch 616's famous Frito Pie (don't think I didn't notice the recipe is changed and no longer has the creamy sauce on it) and Mint & Honey Sweet Leaf Tea. Thumbs up for Vive Day Spa's massages, Central Market's lunch and dinner spreads, and also to Tito's Vodka, but I waited in Delish Cupcake lines so long I never got to taste their lovely little confections. Having hidden in the Grove last year during one of the worst downpours then waded out, it was worth noting that French drains and decorative wooden bridges were in place this year. Yes, you have to fork out bucks for this level of comfort at an outdoor festival but I am convinced most of the Grove business comes from women like me who never want to squat in a port-a-can the rest of their lives. For us, it is a well-worth-it perk.

Cuter Than You Think: Eugene Hutz of Gogol Bordello

As Nice As You Think: Wayne Coyne of the Flaming Lips

Overheard: News 8's Andy Langer bemoaning the diminishing use of old-school media in favor of cellphone interviews and bloggers. 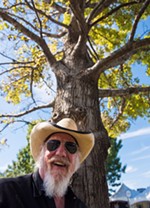 Surviving COVID-19: Ray Benson Lives to Tell
Asleep at the Wheel turns your living room into a dance floor 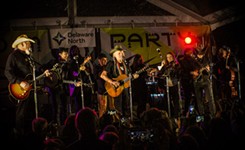