Dark Was the Night

Blind Willie Johnson gets his place in history 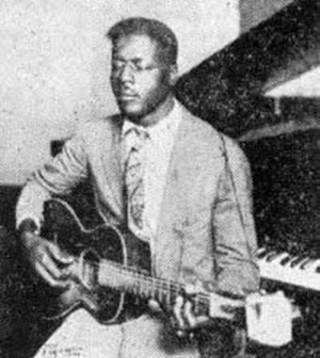 You may not be familiar with Texas gospel bluesman Blind Willie Johnson, but you almost certainly know the songs he recorded: “Motherless Children,” “It's Nobody's Fault But Mine,” “John the Revelator,” “If I Had My Way,” and his most famous, “Dark Was the Night, Cold Was the Ground."

"Dark Was the Night" was also included on the Voyager Golden Record, launched into space in 1977 alongside Bach, Mozart, Chuck Berry, and others to portray the diversity and culture of life on Earth, should any intelligent life form find it. Unlike contemporaries Robert Johnson and Mance Lipscomb, Johnson faded into history despite his influence and importance. That may be changing a little.

Tomorrow evening, Momo’s hosts a tribute to Johnson featuring Scott H. Biram, Gurf Morlix, Ruthie Foster, and a throng of others. The show’s producers, Shane Ford and Anna Obek, are behind this website and their work has led to further recognition by the city of Beaumont and the Jefferson County Historical Commission. Money raised will go towards purchasing and placing a monument in Blanchette Cemetery in Beaumont, where Johnson was buried in 1945.

The amount of research Ford and Obek did to uncover Johnson’s story is impressive. Ford claims that after watching the Martin Scorsese-produced series The Blues, specifically the episode that featured Johnson titled “The Soul of a Man” in 2007, they traveled around Texas in search of some blues history.

“I love the blues,” Ford explains, “and I tried to absorb everything that I could get my hands on at that time. A lot of it impressed me, but when I heard the Blind Willie Johnson stuff it knocked me out and that’s when I began. If we had gone to Beaumont and there had been anything there, then this wouldn’t have happened. We wouldn’t have felt the need to do anything. We were upset that there was nothing in Beaumont. People there didn’t even know who he was. We talked to the Chamber of Commerce and when they found out who he was, they paid a little bit of attention. I want for people who go there looking for him to find something there. We just saw it as a really sad story and a huge sign of disrespect to the people that claim they love the music so much.”

As to why Blind Willie hasn’t been remembered in the same way that Robert Johnson has, Ford has a two-fold answer: “Eric Clapton came out and did Robert’s songs and really stated that he was an influence; Bob Dylan said he was an influence. Bigger names in contemporary music have come out and said something about Robert, his name comes out so much. Other blues musicians mention him a lot. Blind Willie doesn’t really get mentioned in that way for some reason. Jack White is one of the few people who ever said he was influenced by him. The other aspect is the gospel side of it and I don’t even know why that would be.”

White has signed a copy of the new Dead Weather album, which will be auctioned off at the tribute as well.