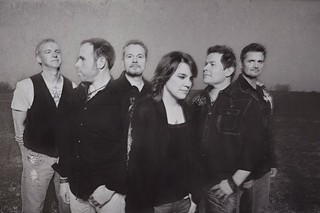 The Grascals at Scholz Garten on Wed. May 13, free.

One of the hottest tickets in country music is playing Austin on Wednesday night, and it’s not Carrie Underwood at the Erwin Center. It's the Grascals, and not only are they top-notch musicians who once backed Dolly Parton, the ticket is free at Scholz Garten.

Better to call the Grascals bluegrass, seeing as how they have twice been named International Bluegrass Music Association Entertainers of the Year. That Dolly chose the Nashville-based sextet to back her on her last major tour when she played the Erwin Center in 2005 says something, because Dolly settles for nothing but the best.

Count the Grascals in that category. Their jubilant harmonies matched with expert musicianship make for a big bluegrass sonic boom, like their fiddle-and-banjo treatment of the Monkees’ “Last Train to Clarksville,” from their latest CD, The Famous Lefty Flynn’s. Hank Williams Jr. guests on “I’m Blue, I’m Lonesome,” written by his daddy and Bill Monroe, inspiring them to head out on tour together, though Williams is not on this show. What are you waiting for, it’s free!

This canny bit of booking comes courtesy of Craig Calvert, who is quietly repositioning Scholz Garten as a player on the club scene. Calvert’s tenure in the Houston-based 1970s band Wheatfield, later St. Elmo’s Fire, put him at the forefront of the prog- country movement, and that experience gives him a good feel for Scholz’s old Austin ambiance. Wednesdays this summer are free and will feature a variety of artists, from the Irish punch of the Killdares (July 7) to Brownout’s brassy kick (Aug 25).

In the meantime, there’s a vague sense of sitting in the Armadillo Beer Garden or sitting under the stars at Liberty Lunch whenever I go there, which is sort of silly. Scholz Garten predated them both by decades and outlasted them too. 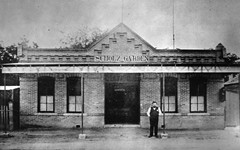