Listening to Jeff Beck’s Emotion & Commotion (Atco), his first studio album in seven years, I was reminded of his 1975 release Blow by Blow.

It was his most successful solo effort, a jazz-fusion record when the genre was at its peak, and showcased Beck’s versatile guitar work as well as covers of the Beatles and Stevie Wonder, occasionally backed by producer George Martin’s innovative string arrangements.

Emotion & Commotion follows a similar pattern with orchestral backing and more diverse covers, including Jeff Buckley, “Over the Rainbow,” and Screaming Jay Hawkins’ “I Put a Spell on You.” Unfortunately, the latter is ruined to a degree by the pretentious growl of Joss Stone (I would give anything to hear Carolyn Wonderland in that slot), while the strings seem intrusive in spots.

Still, Beck’s guitar shines, a passionate voice when none is present. At moodier moments he recalls Chet Atkins, effective without pretense. A genre-bending effort that jumps the rails occasionally, Emotion & Commotion will still leave guitar freaks wondering how Beck does it.

It’s a toss-up as to whether Burnett’s Americana vision, the occasional horn section, wobbly fiddle, relegating the big-voiced Case to a whisper, or Dylan’s forlorn manner is the problem. Like Seeing Things, Women & Country never demands repeated listens. It just drifts along in a lethargic haze, Dylan seemingly without anything original or pointed to say, and at disc’s end the listener is left with in a head-scratching void.

I never really understood the attraction to Australia’s John Butler Trio, which sold out Stubb’s last tour, but there’s been a change with April Uprising (ATO). Maybe Butler’s new bandmates – bassist Byron Luiters and percussionist Nicky Bomba – have inspired him in new directions. Whatever it is, there’s an emphasis on sprightly melodies and chunky beats that are hard to resist. Butler still occasionally veers into unnecessary guitar hero poses and lazy Jack Johnsonisms, but as a whole April Uprising is positive step, recommended for those that like singer-songwriters just a bit gritty and adventurous. 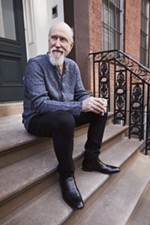 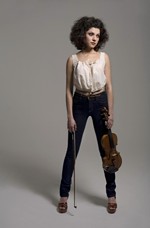