A look at three new discs from the past

The biggest news among 1960s fanatics is that the T.A.M.I. Show (Shout! Factory) is being released for the first time on DVD. Filmed at California’s Santa Monica Civic Auditorium in October 1964, it was the first concert film of its kind. Shown in theatres later that year, it disappeared save for occasional clips and bootleg copies.

The lineup, a who’s who of Top 40 radio stars at the time, is what makes the film priceless: the Rolling Stones, James Brown, the Supremes, the Beach Boys, Marvin Gaye, Smokey Robinson & the Miracles, Chuck Berry, Lesley Gore, Jan and Dean, Gerry & the Pacemakers, Billy J. Kramer & the Dakotas, and the Barbarians.

The opening battle between rock godfather Berry and the British Invasion footnote Pacemakers is kind of bizarre. But from there, it’s straight sets that thrill however brief they may be. Lesley Gore was at the peak of her popularity in 1964 and gets a generous five-song appearance, including a potent reading of the feminist anthem “You Don’t Own Me,” a radical notion for its time.

The Motown acts shine in their own slick way. Someone needs to ask Smokey what he thinks of his loose performance here when he’s in town next week. Closeups of pre-diva Diana Ross, with the original Supremes, show eyes that are scarily hypnotic. Other highlights include the original Beach Boys, striped shirts and all, with Brian Wilson leading a sweet “Surfer Girl” and, in a nod to the oncoming garage rock explosion, the Barbarians, with Moulty their one-armed drummer, grunging through “Hey Little Bird.”

Brown’s appearance here is legendary. He never stops moving and the sweat is all too real, the definition of "hardest working man in show business.” That the Stones could follow such an act is a particular bit of chutzpah, but they redeem themselves with Jagger’s swagger and Brian Jones mugging for the camera. That they include such relative obscurities as “Off the Hook” and “I’m Alright” in the five-song set is a treat. With a generous 20-page booklet of liner notes and photos, a commentary track from director Steve Binder and other goodies, the DVD captures a particular moment in time when soul, surf, rock, and pop were considered equal and teenagers would scream at the silliest things.

The deluge of official releases and reissues since Jimi Hendrix's death 40 years ago had been stultifying. Now, Experience Hendrix, a family-run company, is trying to set it all right with an ambitious program of catalog reissues and previously unreleased material, beginning with Valleys of Neptune (Legacy).

Captured in 1969, around the dying days of the trio called the Experience, it doesn’t really add much to the conversation of who or what he was, although completeists might find something exciting here. Of particular interest is a jammy instrumental of Cream’s “Sunshine of Your Love,” while alternate takes of “Red House,” “Fire,” and “Stone Free” are just expanded versions of the familiar.

Legacy has also released CD/DVD updates of Are You Experienced?, Axis: Bold As Love, Electric Ladyland, and First Rays of the New Rising Sun. Hendrix’s place in the rock canon is secure, so whether any of this is necessary remains with those that lay down their hard-earned money for it.

On a brighter note – and from a completely different era – there’s the Plimsouls’ Live! Beg, Borrow & Steal (Alive), a complete recording from 1981. With Peter Case at the helm, the Plimsouls were at the forefront of an army of 1980s guitar bands that drew from punk’s energy but with a lot more attention to melody. This performance at the Whiskey A Go Go is a searing 18-track reminder of what made them important beyond the footnote appearance “A Million Miles Away” in Valley Girl. While generally lumped in with the power-pop revivalists of the time, Beg, Borrow & Steal proves the Plimsouls were capable of raising a lot of hell. 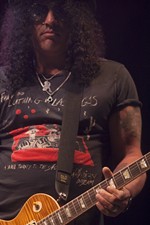