Behind the scenes of Cirque du Soleil's Viva Elvis and Love 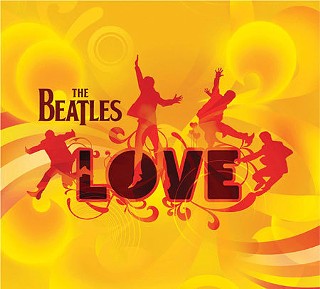 The King of Rock & Roll has reclaimed his throne on the Las Vegas strip. Attended by the likes of Gene Simmons, Laurence Fishburne, and Scott Weiland, the world premiere of Cirque du Soleil's Viva Elvis at the Aria Hotel and Casino proved a world-class presentation, a bold interpretation of and tribute to the life and music of Elvis Presley.

A behind the scenes tour earlier that afternoon helped put the entire production in perspective. By the numbers, Viva Elvis was three years in the making and requires nearly 400 costumes and 150 custom wigs. The attention to detail is simply unfathomable: the large acrobatic hoops used in "Can't Help Falling in Love" are scaled to Elvis' and Priscilla's engagement rings; Sun Records are painted on the floor; and Fifties-style bell hoppers even work the audience before the show. The set for "Jailhouse Rock" alone was remarkable, a massive, four-story re-envisioning of the original prison unit, designed by Mark Fisher with a built-in navigation system the drives itself to the front of the stage.

The music for Viva Elvis is essentially a live mash-up, not unlike the Zappa on Zappa tour. Presley's vocals were extracted and remastered from his original recordings - a total of 17,765 samples - and are presented in the context of a modern sevenpiece band, with two drummers and guitarists and a threepiece horn section. Much of the material swells with an orchestral urgency that recalls the Arcade Fire while "Jailhouse Rock" swings with Zeppelin fervor. The only misstep is "Burning Love," which tries too hard to take it to 11 as a montage of Elvis' films stream in the background. Even that, however, sounds remarkable in the 1,825-capacity opera-style theater, which boasts the largest fiber optic sound system in the world, with 75 sub-woofer speakers built in under the seats. Also worth mentioning is the employment of former Pink Floyd lighting designer Marc Brickman.

Viva Elvis is a family affair, coming across like a one-stop revue of all that Sin City has to offer. A character portraying manager Colonel Parker has four monologues - a first for Cirque - that offer a bit of obligatory background information, and there are a number of dance sequences, showgirls ("Viva Las Vegas"), and even a wild Western scene (set to a medley of "Mystery Train"/ "Blue Moon"/I Don't Care If the Sun Don't Shine"/"Trying to Get to You"/"Baby What You Want Me to Do"/"Tiger Man"). It's executed with Olympic grace and artistry, no surprise considering there are three past medalists in the show. Most impressive was the elegant trapeze duet during "One Night with You" and the carnival trampoline scene for "Got a Lot of Livin' to Do," which felt like a scene lifted right out of a Daniel Johnston comic.

Cirque du Soleil's production of the Beatles' Love the following night at the Mirage Hotel and Casino, by contrast, was a work of pure psychedelic imagination, equal parts Alice in Wonderland, Willy Wonka & the Chocolate Factory, and Yellow Submarine. This magical mystery tour is an exercise in fantastical contortion and childish dreams, bringing to life iconic characters from "Eleanor Rigby" to the "Octopus's Garden," though surprisingly, the carnival theatrics of "Being for the Benefit of Mr. Kite" featured an artist performing on a flat swing and not by trampoline.

On record the Love soundtrack - a kaleidoscopic mash-up of original Beatles standards, helmed by George Martin and his son Giles - sounds a bit too safe, but it makes perfect context within the production, which debuted in 2006. It's instantly familiar but tweaked just enough to catch the audience off guard, adding almost subliminally to the disorienting aura of the production. Likewise, the effect of the 360-degree stage felt like stepping into a snow globe, with "Lucy in the Sky with Diamonds" floating overhead.

All Together Now, the Grammy award-winning documentary about the making of Love, was recently released to DVD and should be required viewing for fans of the show. This was the first time the Beatles' catalog was authorized for use in a theatrical production, and the insight offered Paul McCartney, Ringo Starr, and especially George Martin sheds light on both the production and history of the band, while George Harrison is credited with the original idea and as the spiritual inspiration of Love. It's particularly interesting to witness the fierceness with which Yoko Ono defends the vision of her late husband John Lennon, at one point even sympathizing with the director. Yet, it's precisely that push and pull between the Beatles and Cirque du Soleil that makes Love such a masterful, interpretive rendering of music and acrobatics. 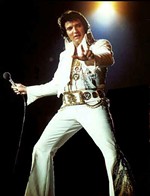