Next Up bloggers weigh in on the year in music

Austin is renowned for its music festivals. 2009 saw yet another booming Austin City Limits Festival and a Fun Fun Fun Fest that is quickly becoming a hipster Mecca. As the city grows, I would like to see even more of a local presence at Austin’s music festivals.

No question that ACL and Fun Fun Fun are doing better jobs at this than most national festivals, but given the amount of talent here - especially U21 bands - I would like to see more local groups showcased. Festivals such as these need those heavy hitters and big names to bring in the crowds, but Austin is brimming with homegrown talent. Let’s use our festivals to showcase this even more in 2010!

1) The Decemberists, The Hazards of Love (Capitol)

3) Death, For the Whole World To See (Drag City)

5) The Avett Brothers, I and Love and You (Columbia)

Best Reissue: The release of the Beatles’ Rock Band sparked a revival of Beatlemania in the youth culture. Conveniently, the video game was followed closely by a digitally remastered reissue of all of the Beatles' studio albums. Yeah, it may have something to do with making money, but anything that makes old music new to the younger generations is a good thing. The re-release brings Beatlemania back to life and the remastering brings the audio of the old recordings back to life. Best CD reissue of 2009 goes to the reissue of all Beatles studio albums, with particular emphasis on Sgt. Pepper's Lonely Hearts Club Band and The Beatles , aka The White Album.

Best Show: 2009 was especially full of excellent shows. After my steady diet of local shows and the 200-plus bands I saw over the course of the Austin City Limits and Fun Fun Fun fest, if a concert still stands out in my mind, it was likely a special one. I must give a very honorable mention to Les Savy Fav at Fun Fun Fun Fest and my beloved Decemberists at ACL, but my pick for best show of 2009 goes to Karen O and the Yeah Yeah Yeahs at ACL. My first inclination was to give the award to the Decemberists, hands down. I was captivated by their performance, but this being for the best "show," I decided that it was only fair to make my decision on a performance basis. With giant floating eyeballs, wild yelps, and an in-crowd sing-along, the Yeah Yeah Yeahs take the prize.

Band I Saw the Most: Of all of the groups I saw in 2009, I saw the Diving Captain most. My band, the El Guapos, played almost every show with these gentlemen until they disbanded in September. They brought energy to the stage that few bands can compete with. Look for Diving Captain offshoots Stomping Grounds and Diamonds in 2010.

Best New U21 Band: Though they have been a band for around two years, local baroque pop group Mother Falcon received a lot of attention this year, due to their impressive showing in ACL Fest's the Sound and the Jury contest. Their clever songs, dazzling instrumentation, and ever-growing fan base have them poised to take 2010 by storm. Two other groups who emerged this year are SPEAK, a local electro-pop quartet with an abundance of radio-ready songs, and Federal! State! Local!, a young folk-pop group whose melodic tunes and honest lyrics have begun to turn some heads. Look for releases by all three groups in 2010. 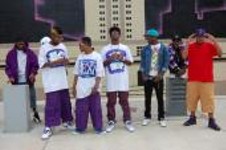 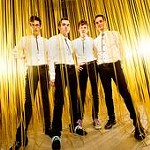