Caution: This is not an eraser

Miles Davis’ Complete Columbia Records Album Collection has been reduced to a 4GB USB drive that at least one reviewer has mistaken for an old fashioned pencil eraser – a digital companion to a limited edition, 70-disc anthology. Much like the hidden content in Neil Young's Archives Vol. 1, the crown jewel is actually the Live in Europe ’67 DVD.

Even after the trumpet titan’s catalog has been packaged and repackaged in every conceivable format – Columbia/Legacy’s impeccable metal-spine series being the obvious essential – this live collection is a breakthrough discovery, capturing two concerts in Stockholm, Sweden (Oct. 31) and Karlsruhe, Germany (Nov. 7), with magnificent black-and-white cinematography and pin-drop clarity.

Davis' second classic quintet – (in order of their on-stage introduction) tenor saxophonist Wayne Shorter, pianist Herbie Hancock, bassist Ron Carter, and drummer Tony Williams – are coming off of a whirlwind of studio activity that included 1965’s ESP and 1966’s Miles Smiles, not to mention Sorcerer and Nefertiti, both from that same year. Upon return to the States, Davis would turn electric for his first fusion foray, 1968’s Filles de Kilimanjaro, and with good reason. It’s as if the group is reaching the peak of its telepathic, acoustic alchemy here.

This is Gestalt effect at its finest, the parts inseparable from the whole and vice versa: Hancock with a chess master’s resolve in opener “Agitation,” contemplating his next move with sublime precision; Shorter’s eloquent solo bow in his original “Footprints”; Williams’ rapid fire calculations and free-falling exhibitionism in “The Theme”; Carter’s whirlwind standup bass herding the music together; and Davis, the very definition of urban cool, commanding full attention at every turn. While the sets are pretty much the same, including familiar standards “Walkin’” and “Round Midnight,” the playing is so effortlessly fierce, poised, and sophisticated, it doesn’t feel even slightly repetitive.

This Amazon.com exclusive set also boasts a 250-page book with a complete song index, his entire Isle of Wight festival performance from August 1970, and previously unreleased material from 1982’s live We Want Miles, but there’s been no shortage of negative feedback about the actual box set and there are no plans to issue the Live in Europe ’67 DVD as a standalone item. Thankfully, there’s always YouTube. 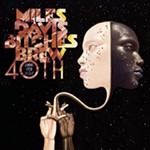 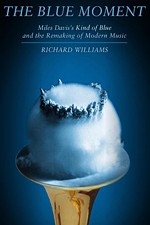