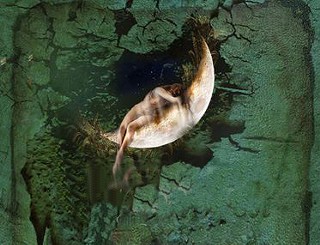 “I am writing in regards to my uncle, David Martinez. He passed away this weekend.” So began the email this morning from Zeke Martinez. Another death to process, this one a bit easier on my heart, still bleeding from so many exit wounds this year.

I did not know David Martinez personally, yet in reading the email from his nephew Zeke, it was clear that Martinez was the kind of musician that Austin takes such great pride in. Martinez was a guitar player from the home team, born in Austin and graduated from Travis High School, where he’d performed as a member of the band Soul Unlimited in the late 1960s and early 1970s. Martinez continued to ply his trade around Austin in crossover bands such as Spring Hill and Street People, parlaying into playing, singing, and recording with some of the most famous bands in Tejano music: Ruben Ramos, Jessy Serrata, and Little Joe. His dedication and professionalism was honored when he was inducted into the Tejano Music Hall of Fame in 2005. Martinez died one week shy of his 56th birthday.

I used to sit in the styling chair at Pink Salon, sometimes feeling like a victim when I didn’t like the art Deborah Carter had chosen for the walls. Other times, I’d be lost in it. The first time I sat in front of Andrea Burden’s art at the salon, I was transfixed. She had a renaissance sense of color, a vision of beauty, and a delicate whimsy that rendered fantasy with exquisite grace. Her art decorated CD covers, posters, wedding announcements, canvas, paper. I met her when she won an Austin Music Award for Atash’s CD art and was struck at how much she looked like her art, luminous and gentle. When I turned 50, I asked to use a piece of her art for a party invitation; she gave me its full use. Her sudden death at age 40 last weekend following a brief illness stunned me. I’d had fantasies of having her illustrate the cover for that novel of historical fiction I’ll never write. She leaves a rich artistic legacy but a grieving husband and children. Her remarkable art is here. Donation information is on the site too.

Sometimes death makes me realize how little I know about people whose presence I took for granted. T.O. “Tonky” Murphey was just that sort. He was loud in that gotta-love-him way – brash, opinionated, expansive. He’s one of many who came to Austin to go to school and stayed to make it his home. He was a die-hard music fan, which is how I knew him through Jimmie Vaughan. We shared the same birthday though he was seven years older, but somehow 62 still seems too young. It wasn’t a show unless Tonky showed up backstage, and when he did, the party always amped up. Tonky had a way of lighting up the room, making wherever he was the place to be.

Rhett Beard was a scenester too, though his party days ended abruptly one night in 1991 when he broke his neck diving into water. He’d lived the subsequent 18 years in a wheelchair, which was so hard to see because I knew what a vibrant young man he’d been. I met Beard January or February of 1976, when he picked me up at the bar at Antone’s on Sixth. He was an ad salesman for the Austin Sun, which I read religiously, and he dressed well, which was a switch from the hippie types I’d dated until then. Rhett also had an urbane air about him; he was intelligent and witty with a loud booming laugh. He wasn’t responsible for me getting my job at the Sun cleaning the bathroom and answering the phone, but it didn’t hurt that I knew him. He was also the Chronicle’s first Sales Manager but that wasn’t as good a fit as the Sun. That was okay because Rhett was incredibly resourceful and had established an answering service that employed me and a few other Chronsters in the early days.

After the accident, Rhett maintained some of his high profile. He threw parties and always attended the Music Awards, something that made me acutely aware of the challenges of being in a wheelchair. A while back, however, he moved to New Orleans. “His apartment was on the third floor of a complex on Bienville Street,” wrote his sister Barbara Beard Solomon. “It had a main room with a big sliding door leading out to a balcony. His big four poster bed was in that room and, of course, he was almost continuously in it with a trip out here and there to the doctors or to a restaurant or to listen to music … the view from his bed out the sliding door window was of the top of the hotel with the big neon art deco-looking sign ‘Hotel Monteleone.’”

Rhett always had something going, so it was no surprise when Barbara wrote, “For many years he ran a used book business out of his house selling books over the Internet via Amazon.com. He must have had an inventory of 10,000 to 20,000 books. After he shut that down, he began researching our family ancestry and history and started writing a book about it (he would dictate to his attendants in order to do this). He traveled throughout Mississippi visiting court houses, historical record societies, and distant family, friends, and neighbors to do his research.” Sounds just like enterprising Rhett, who got me into bed claiming his mother had an affair with Clark Gable, and that while he was not the product of it, he was named for it.

I couldn’t tell you if that was true or not. I didn’t ask Barbara because in a way, I prefer to leave it in my memory of Rhett’s lust for the good life.