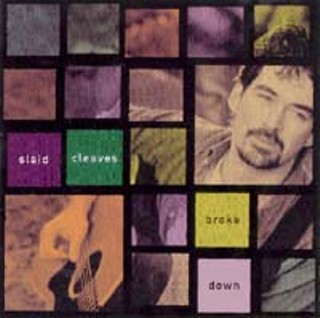 There are decade lists popping up all over and, although I’m even not sure if the decade ends this year or next, I see those lists and note what’s missing: Austin. Sure, there’s been a mention here and there for Shearwater or Okkervil River, but our music scene is so much more. The national music press is so rock-oriented, they ignore many of the roots artists.

Here’s my attempt to rectify that a little. I’ve chosen 33 discs from the past ten years from artists and bands that made living here enjoyable. All were made by those that slugged it out in venues around town on a regular basis, or did when their record was released.

I’ve never been one for ranking this kind of thing, so they are listed in chronological order, from Slaid Cleaves’ “first great disc of the 21st century” to Sarah Jarosz, the little girl with a mandolin who has grown into a Grammy nominee. In my search for the best of the decade, I couldn’t find much to recommend from 2007. I'd had a bad year; seems like Austin didn’t do to much better.

Otherwise, here’s the records that made an impact in the Aughts, all as worthy of recognition as anything by the Strokes or the White Stripes. Let the navel gazing begin.

Meat Purveyors, All Relationships Are Doomed to Fail (Bloodshot), 2002

Okkervil River, Down the River of Golden Dreams (Jagjaguwar), 2003

Willie Nelson, You Don't Know Me: The Songs of Cindy Walker (Lost Highway), 2006