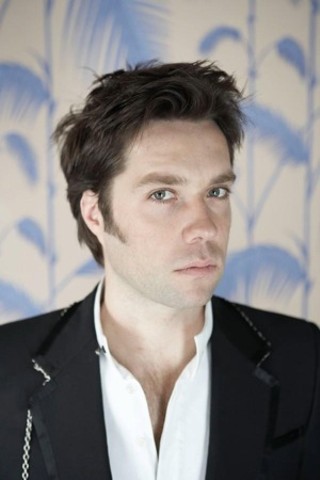 Yanking a diva out of the studio to do a 10-minute phoner with some yokel down in Texas doesn't inspire much hope on the latter's end, so you better engage one of pop music's singular personalities, Rufus Wainwright, who plays the Paramount Monday and Tuesday, from the word "hello." Correction, from the word "bonjour."

Rufus Wainwright: Oh. Well, uh, you guys down in Texas, uh, really [chuckles], really need stuff like that from time to time [laughs]. Not in Austin I'm sure.

AC: Are you a fan of La Deneuve?

RW: Yes, I am. I have to say I met her one time. I saw her in a restaurant and she was wearing – I think she had just had some surgery or something – because she was wearing a lot of scarves and sunglasses. I walked by her and literally thought I saw Grace Kelly. It was the weirdest thing. I was like, "That's Grace Kelly," but it wasn't, of course. It was Catherine Deneuve. Even with chopped-up face [haha], she's got that same shattering appearance.

AC: You've played Austin many times over the years. What impressions have you formed?

RW: What can I say? Without Austin we'd all be in big trouble [laughs], meaning that it's such an oasis in the midst of so much that's gone wrong [laughs]. And I actually do love other parts of Texas, and I can even jibe with the oil peoples sometimes. I've been known to kick up my cowboy boot heels. But Austin definitely, when you get there, you really get the feeling like the people there are on the front line in so many ways, whether it's artistically or politically or socially. Which is where people should be on the front lines, as opposed to nestled in the West Village of New York, you know, where you're really not making much of a difference. So it's a very inspiring and important place.

AC: Do you remember the tour that ended here in Austin a few years ago, where for the encore y'all came out dressed up? I think it was around Halloween.

RW: Right. I've done that many times, whether it's Halloween or not [laughs]. So don't blame it on Halloween.

AC: You dressed as a witch?

RW: Yeah, we did a witch thing for a while. Every kind of dress up kind of thing I've done at the end of my shows usually relates in some way to Judy Garland. That was the Wizard of Oz homage, where I had the entire band melt [laughs].

AC: Will you be getting dressed up for Halloween this year?

RW: Nah, I mean" Is the [Austin] show on Halloween?

AC: No, but Halloween's a week away and I was wondering if that was a good holiday for you.

RW: Yeah, I've sort of put the wardrobe on sabbatical [chuckles], sent it off on sabbatical for a little bit, just 'cause after the opera and the Judy Garland show and the Shakespeare's sonnets thing I did in Berlin I've been dealing a lot with costumes and I think it's time – not forever by any means – but for the next period to really focus on the piano and my voice and getting re-centered in that direction. Then I can go crazy again.

AC: Given all these other projects you've done, does pop music then seem kind of cheap and shabby?

RW: [Laughs] Look, if only the world had cheap and shabby prices. No, pop is my breadwinner and my mainstay, and I would be foolish" it would be impossible for me to toss it off because it's my main squeeze. I'm still going after the proverbial carrot don't worry.

RW: This pertains more to the piano/voice situation. This next album is all piano and voice. It's a way for me to get back to just the bones of my songwriting and actually work on my chops instrumentally. Then right after this I plan to make a big pop record, so I'm just trying to refocus everything.

AC: A piano isn't an acoustic guitar – you can't lug it from hotel to hotel. Is a piano an instrument of meditation on some level? You sit at it to gather your thoughts?

RW: Definitely. A piano is as living, and perhaps even more, in many cases, than a human being [laughs]. You know, more alive than a human being. Depending on the instrument, and the day and everything, the piano dictates how things are going to go. It's a very mystical contraption for sure.

AC: At some point it becomes the best friend and companion?

AC: The holidays are upon us. Is it the case that wherever you go people say, "Rufus, sit down at the piano, play for us"?

RW: Umm, well, I, I, I, I am asked to do that often. I am not – I was about to say 'run of the mill,' but there's nothing run-of-the-mill about people who can do this – someone who can just sit down and play anything. I'm pretty restricted, because my arrangements are all very composed and thought out. My mother [Canadian royal folk matriarch Kate McGarrigle] is an amazing accompanist and jammer. I more or less get asked to sing.

AC: Have you worked with your mother, where she accompanies you as you sing?

RW: Oh, many times, yeah. Many times. She did stuff for the Judy show. We're doing this huge Christmas show at the Royal Albert Hall in London, with Boy George and Guy Garvey of Elbow. She plays piano for a lot of people. So yeah, we work together a lot.

AC: Coming from your large extended family are holidays fun for you or just something to get through?

RW: I love holidays. Certainly when I was a teenager and more into drugs [laughs], holidays were a bit of an inconvenience when you were with your family, but now that things have evened out a little bit more" For instance my parents aren't super young anymore and my sister's going to have a baby; these family periods are a real blessing, though they can be hellish still, but you only get so many.

AC: Martha's having a baby?

AC: Congratulations to her! She doesn't play Austin enough.

RW: Yeah, I know. She's amazing. She has a great album coming out of Edith Piaf songs.

AC: So you'll be spending your holidays in the UK?

RW: The show's the ninth of December, but then we'll be in Canada, doing the white Christmas all the way.

AC: This holiday everyone's talking about the flu and getting the swine flu. Have you been girding yourself against this?

RW: You know I haven't done a damn thing.

AC: You haven't had your flu shot?

RW: No, I kind of want to get the flu. It would be more romantic that way [chuckles].

AC: You get that light-headedness with the flu, where you're between heaven and earth.

AC: We're about to change over to 2010 even though it seems Y2K was just yesterday. How has this first decade of the new millennium been for you?

RW: It's been amazing, mostly due to the fact that I wrote my opera, Prima Donna. If I get the flu and die, I'll die a happy man because I wrote an opera.

Rufus Wainwright
Out of the Game (Record Review)