The Other City Limits

Grace London, a name and face to listen for

For all the kids who didn’t or couldn’t go to Austin City Limits festival this year, Bowie High School offers a great alternative. Last weekend, the second annual Bowie City Limits presented its own lineup of musically varied groups playing styles from jazz to electro.

Aaron Navarro was the first to play. Aaron and his band played country-rock full of intricate guitar solos and unique riffs. Bowie Jazz Band was second and played between every other performance until the final act. The Jazz Band performed with startling maturity and style. Drum Jam played the last show. They are what can only be described as a mixture of Daft Punk and Blue Man Group. The band wore odd-looking goggles and played mainly percussion instruments, though they have a guitar player. Drum Jam started as a teen group and have been playing together for six years. Their unique stage performance and sound is a must-see and must-hear. If you missed your chance to come to Bowie City Limits this year, they will be holding the same event next year. See you there!

Grace London. Get used to hearing the name. This musically gifted nine-year-old is here to dominate Austin’s scene. When Grace walked out on stage at Youthcast auditions last Sunday, I was dumbfounded by the amount of talent this girl showed at such a young age. Grace started singing when she was about two years old and picked up the guitar at seven. Not only is her voice beautiful and her playing facile, but she has her own unparalleled style. Grace was initially inspired by The Wizard of Oz. After seeing the movie three times, she knew all the words to the songs. Now she listens to The Beatles and K.T. Tunstall. If you would like to see Grace perform, she will be playing at the Youthcast finals in the Long Center, November 15th. 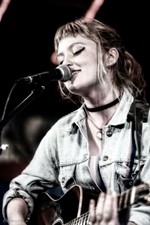 ACL Interview: Grace London
The rise and return of the local classicist and prodigy 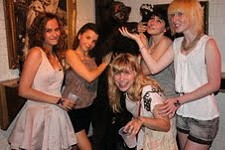