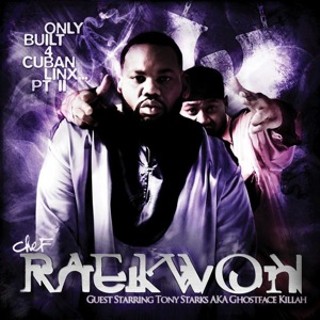 Shelve it with the "New Wu” or bang hard from “House of Flying Daggers” through “Cold Outside,” but one of hip-hop’s greats should recognize an hour and ten minutes of guttural Shallah grows tired if it doesn’t catch lightning in a bottle.

Raekwon captured it on Only Built 4 Cuban Linx... Pt. II’s 1995 predecessor – no sense in honoring 1999’s Immobilarity or 2003’s Lex Diamond Story – but Wu-Tang Clan “swarmed like Voltron” in ’95, and RZA steered an inspired ship. This round the Abbot contributes only three throwaways (“New Wu,” “Black Mozart,” “Fat Lady Sings”), leaving the rest of the album’s tracks to a stud lineup (J Dilla, Erick Sermon, Dr. Dre, Marley Marl) that does its best to put together pre-Bobby Digital slum.

Fortunately, Raekwon Suge Knight's the mic, and contributions from Ghostface Killah, Method Man, Inspectah Deck, and GZA prove Shaolin monks still spit darts when they’re behind a project. But the “Fat Lady Sings,” with 20 minutes left on the mix, would have been better off ending 15 minutes before that. 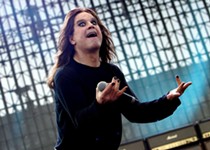 Recap: U-God’s Journey Into the Wu-Tang
What becomes of Wu-Tang’s Once Upon a Time in Shaolin?