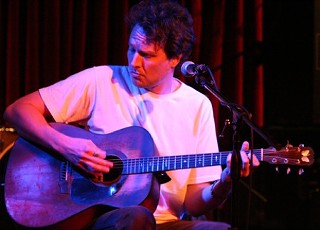 “I love to play,” Scrappy Jud Newcomb says matter-of-factly and I laugh. To anyone who’s seen him wield his ax with Matt the Electrician, Beaver Nelson, Walter Tragert, the Resentments, Loose Diamonds, Planet Casper, Ian McLagan, or Jenny Reynolds (and that’s just the short list), it’s obvious that if he could play guitar 24 hours a day, he would.

Newcomb has set up a Sunday evening residency in July at the Saxon Pub. It’s the slot once occupied by the Resentments, so I wonder if, with the loss of Stephen Bruton, that congregation of songwriters is no more.

“We’re hoping that the Resentments are going to continue on,” Newcomb claims. “At the moment, Bruce Hughes is on the road with Jason Mraz. He’s been on the road since January and that tour ends in October. I’m getting to be on the road in August. It will probably involve including some different people. But at the moment, July was wide open and the people at the Saxon were nice enough to let me play under my own name.”

With just a rhythm section of drummer Conrad Choucroun (Damnations, Bruce Robison, Bob Schneider) and bassist George Reiff (everybody else), Scrappy gets to showcase some of his crunchy roots-rock. “I think I can say it’s the most excited I’ve ever been just getting up and singing two hours of my own songs," he says, also taking time to pay tribute to his now departed friend by covering some Bruton tunes.

“There’s a lot of reasons that I’ll be doing a couple of Stephen’s songs for a long time,” Newcomb explains with a touch of melancholy. “It’s a tip of the hat at the least. He was a good friend of mine from the first Loose Diamonds record in 1992. I spent the last ten years or so playing with him a lot, traveling with him a lot. But he was a really dear friend of mine.”

Loose Diamonds fans will be excited to hear that they are playing at the Continental Club tomorrow night, opening for Beaver Nelson and, of course, Newcomb will be doing double duty. The Diamonds were one of Austin’s premier roots-rock outfits until Scrappy and co-band leader Troy Campbell decided to do the solo thing a while back.

“We did the exact same thing with Beaver at Jovita’s in April and it was really fun,” he recalls. “Everyone’s schedule is crazy, so Loose Diamonds are probably not going to be playing a whole lot more. But there’s no reason for anyone to say no. It would be more of a scheduling thing. [Troy’s brother] Mike Campbell would be playing bass with us but he had a freak accident working on his car, so Cornbread will be filling in. Beaver will be playing literally three songs from every record that he’s made, a complete overview of his career. He’s picked a bunch of cool songs. Hopefully, we’ll be able to do it again.” 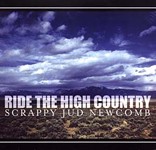